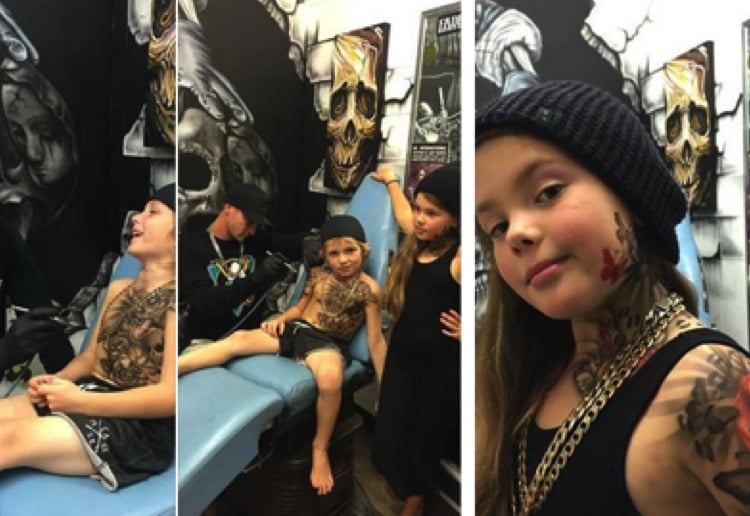 New Zealand tattoo artist Benjamin Lloyd recently began tattooing kids, an idea that came to him after his step son passed away aged 7, 2 years ago. Benjamin decided that he wanted to give sick kids a confidence boost while they fight their battles in the hospital.

This current project all started when he posted on Facebook a post of his friend’s son with a spray on (washable) tattoo, with the caption “Nothing brings me more joy than boosting a kids confidence with a custom tattoo 50 likes and I’ll go to starship hospital and tat all the kids up. It’s airbrushed on (not permanent) peace.” 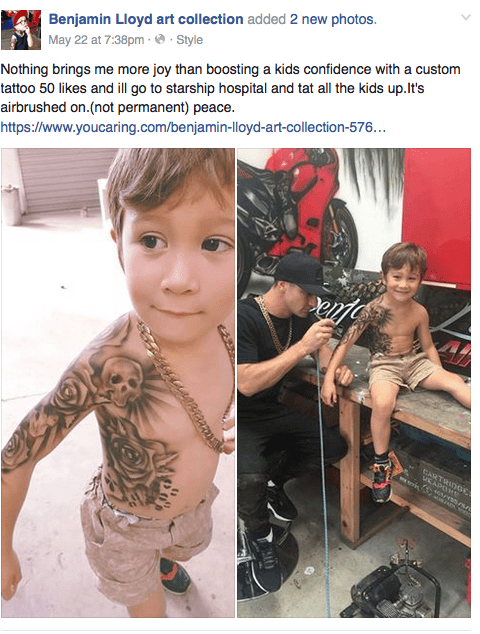 His post didn’t just get 50 likes, so far it has 469 thousand, along with almost 259 thousand shares. Benjamin kept to his word and attended Starship Hospital in Auckland and tattooed some kids and now is regularly a visitor there. 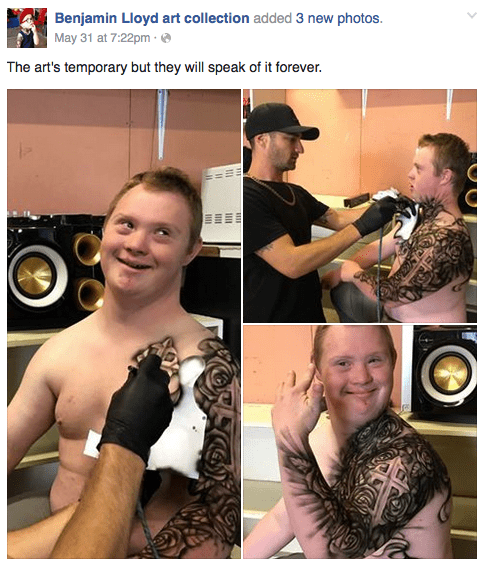 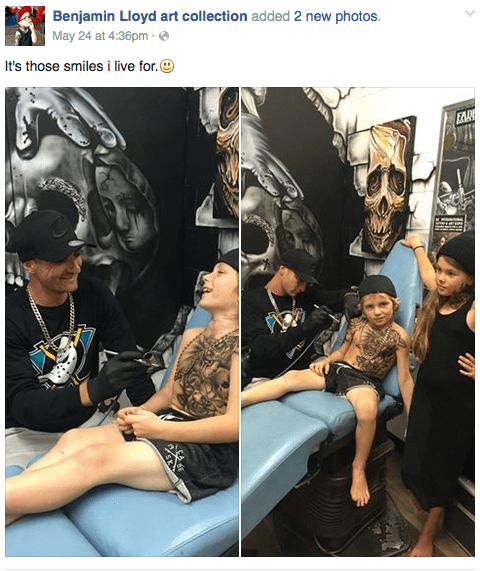 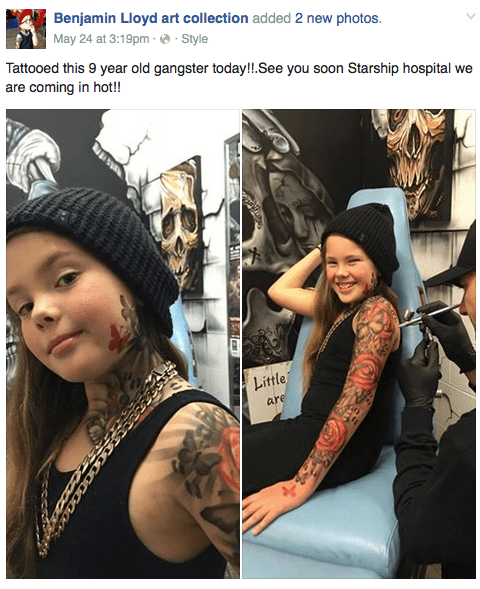 The looks on their faces says it all.

Benjamin designs all the tattoo choices the kids want using freehand and also stencils and completes them in minutes only.

What a wonderful thing for Benjamin to do for these kids and their families, giving them some distraction for a day from the battles they are fighting.

What do you think? Please add your comment below.