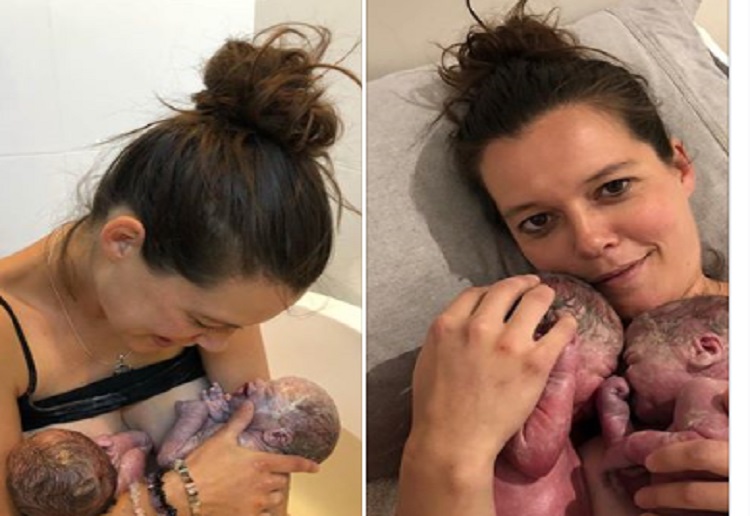 A Melbourne midwife is being investigated by regulatory authorities after she delivered twins to a surprised mum during a homebirth.

Martina Gorner, from Ten Moons Homebirth Services, was suspended from practicing last Thursday by the Nursing and Midwifery Board of Australia while the investigation is conducted, a spokesperson for the board told nine.com.au.

A Facebook post about the birth on the Ten Moons Homebirth Services page, which has so far attracted more than 15,000 reactions, wrote that the mother first gave birth to a baby boy on October 19 after which they were expecting the placenta to be delivered.

“Mum gave birth to her sweet little baby boy in water and then we thought the placenta was about to come… but as it turned out, there was another baby boy about to make his entrance into the world,” the post reads.

“What a super hero mum… what an amazing birth!! The twins are identical twins,” the post read.

When questioned about how the mother did not know she was pregnant with twins, the homebirth service replied: “Mum decided not to have any scans during this pregnancy.”

Ms Gorner’s suspension was a technical one, with the midwife agreeing not to practice for one week to give her lawyer time to prepare her case for a hearing about the matter, the petition said.

A spokesperson for the Nursing and Midwifery Board of Australia said it was not able to comment on the details of Ms Gorner’s case, but wrote in a statement: “Immediate action to suspend a practitioner’s registration is only taken in the most serious cases when the NBMA believes it is necessary to take action to protect the public.”

“NMBA’s role is to keep the public safe and ensure practitioners are meeting the trust the public places in them.

“Before a decision to take immediate action is made, a practitioner is given notice and an opportunity to show cause as to why the action is not necessary.”

It has been reported when mum brought her happy and healthy babies in for a check-up, a hospital staff member made a complaint and Martina was suspended.

Although it is recommended, mothers in Australia are not legally obliged to have ultrasound scans during a pregnancy.