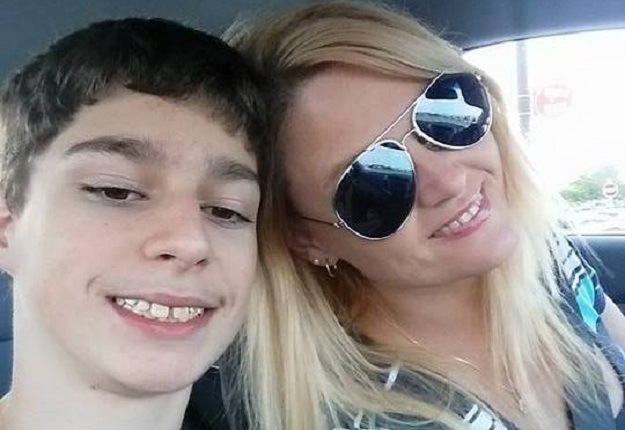 Alex Hoover has a terminal heart condition and his mum is fighting for his right to attend school and spend his last days leading a normal life.

Rene Hoover, of Alabama is fighting for her son to lead a normal life and attend school because she does not want her son’s last days spent enduring medical procedures and medication. Her son has a terminal heart condition, aortic mitral valve stenosis. A condition which causes the heart’s mitral valve to narrow and restrict blood flow.

“The last procedure we had done, it took us three weeks to get him to go to bed at night because he was afraid that if he went to sleep he would wake up and something would be wrong or that he’d be hurt,” Mrs Hoover told The Associated Press. A successful resuscitation and subsequent surgeries are unlikely to significantly improve the teen’s prognosis, she said.  “He would have to live his fears every single day,” she said.

Limestone County school board officials have said they can’t allow Alex to attend school because they won’t recognise the advance directive that Rene has drawn up to ensure the 14-year-old is not revived if he goes into cardiac arrest. Officials say they can’t follow that directive if his heart stops at school.

Such a heartbreaking story.

Do you think the school should make an allowance? Or is it totally understandable for the sake of the other students?