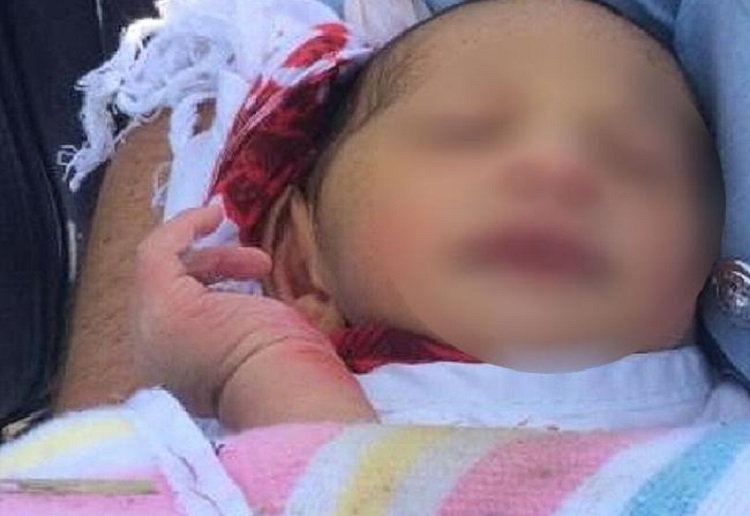 A mother who left her newborn son in a storm-water drain in Sydney’s west in 2014 has pleaded guilty to abandoning him.

The woman, who can’t be named, was originally charged with attempted murder.

This week, the 32-year-old mother pleaded guilty to ‘abandoning a child under seven causing it to be in danger of death and recklessly cause grievous bodily harm’.

According to the Police, the five day old baby was discovered by David Otte and his 18-year-old daughter Hayley, who were out cycling with two others.

At first they thought that the crying sound was a kitten, but fortunately Mr Otte realised that the cries were human.

“I’ve got two kids of my own so I know what a baby screaming sounds like,” he told The Sydney Morning Herald at the time.

“It was so intense; you couldn’t not tell it was a baby. We couldn’t see it but we could hear it. It was distressed.”

It took six people to move the 200kg concrete slab that was covering the drain, including two police officers who had arrived at the scene. 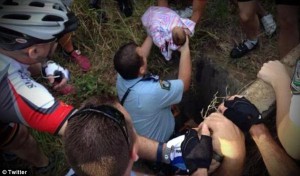 Inside the drain, the baby boy was wrapped in a striped hospital blanket covered in dirt. He still had the peg attached to his cut umbilical cord.

It is thought that the baby was put through a small gap at the top of the drain, underneath the concrete slab.

According to police, the mother had been staying with her aunt and uncle in Quakers Hill when she became pregnant and kept her condition secret for nine months. It was reported the woman’s parents and siblings live in Samoa and she lives with her extended family in the western suburbs.

The woman’s aunt had said the girl had come from Samoa to live in Australia at least 10 years ago, and was ‘very religious’ and the daughter of a church minister back in her home country.

Police allege that after giving birth to a healthy baby boy during a 30 hour labour in a western Sydney hospital at 1am on November 18, she discharged herself and took her baby to the storm-water drain around 500m from her home.

She will return to Penrith Local Court on Friday for sentencing, and will remain in custody until then.