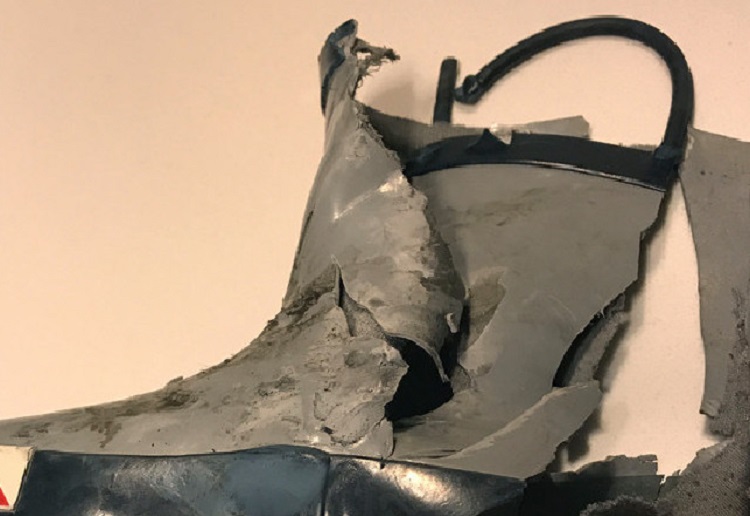 Mum shares warning about the dangers of escalators after her two-year-old son’s terrible injury.

Andrea Diaczok, her husband and their young son Julian were at the Vancouver International Airport on their way back home to Calgary. They were halfway down the escalator when Julian’s little shoe became stuck between the side railing and the stairs.

“His whole boot basically disappeared,” Ms Diaczok told the Calgary Herald. “The teeth bit onto his toe midway … I started screaming for help.”

Ms Diaczok said that since they were in the middle of the escalator, neither she nor her husband could push the emergency stop. By the time the escalator stopped moving, they were only a few steps from the bottom.

The mum said she was prepared for the worst. “I didn’t even know if his foot was there … I didn’t know if there’s only a stump there at this point,” she told the Herald.

“It twisted his leg around and broke his leg and then the entire foot of the boot disappeared in the side of the escalator,” she said.

A photo of Julian’s shoe shows the mangled remains of the child’s rubber boot completely shredded by the metal teeth of the stairs. 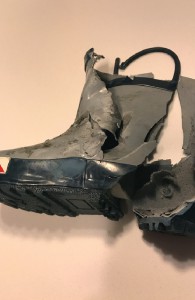 The mum said she has always taught her son to be safe on escalators.

“He hops at the top, he hops at the bottom. We make a game of it, ‘Don’t touch this part, always step over.’ But I’ve never heard of (getting stuck) in the sides,” she said.

While Julian suffered a broken leg and some bruises, Ms Diaczok said her son was lucky to be wearing boots, which helped protect his foot. She said she can’t imagine what would happen if someone were wearing sandals.

Crocs and gumboots are both quite dangerous to wear on escalators as THIS mum explained when she shared her sons story.

A UK mum also shared a warning after her five-year-old son suffered horrific injuries when his shoes were caught in an escalator. Read more HERE>

We are so glad he is OK!