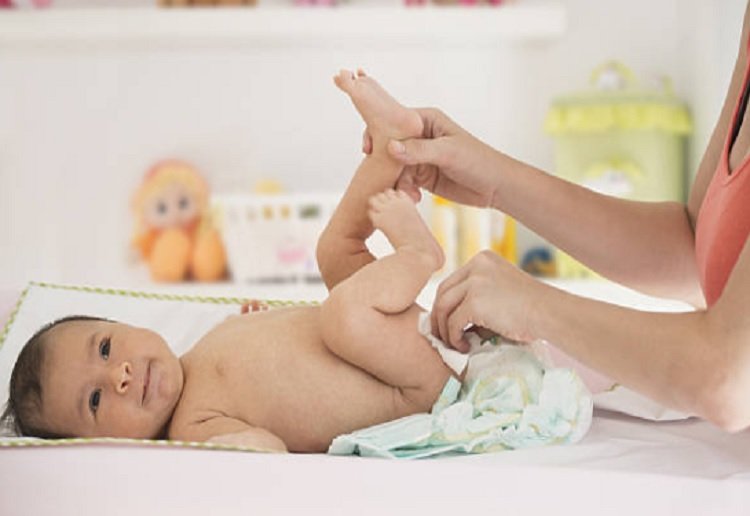 A mum has left parents in shock after claiming they should ask their children for permission before they change their nappy.

Hypnobirthing trainer, Lottie Daley, appeared on ITV’s This Morning chat show to speak about the issues of consent when it came to tickling kids.

However, the mum admitted she doesn’t change her daughter’s nappy or wash her bottom without asking the toddler for her permission first, shared Yahoo Lifestyle.

“When you actually start learning about body autonomy and consent for our children, when they become a little bit older, we realise that actually we should be modeling this behaviour from birth, including letting your baby know that you’re changing its nappy and things like that,” Lottie said.

Hosts, Eamonn Holmes and Ruth Langsford, looked baffled by the mum’s comments and interrupted her to ask what would happen if her daughter said ‘no’.

“It’s not a case of them saying ‘yes or ‘no,’ it’s modelling that repetition and a habit of checking in with your children and making sure they are happy with what you are doing with them,”Lottie continued.

“When I’m washing my daughters, who are a bit older, they are seven and five, when I’ve got to wash their bottoms, I do say, ‘Can mummy just wash your bottom?’ because sometimes you have to. And they say, ‘yes’ or ‘no.’”

Her comments came after comedian Russell Brand, called for tickling children to be banned, claiming the act violates their personal space.

The dad-of-two says he still feels “dreadful shame” about tickling David Baddiel’s son Ezra in the past.

He added he would feel inclined to “punch” anyone who tried to tickle his daughters, Mabel, two, and Peggy, six months, who he shares with Laura Gallacher. Read more on his opinion here.

Last year the ABC come under fire for airing a segment in which a ‘sexuality expert’ called for parents to not change nappies without asking for their child’s consent.

‘Sexuality expert’ Deanne Carson called for parents to not change nappies without asking for their child’s consent.

In a video, she talks about how to establish a ‘culture of consent’ in homes, starting at birth,

Pinky McKay also shared her opinion saying, “Even if a baby doesn’t ‘understand’ when you ask for consent, or you are needing to do a non negotiable task such as changing a nappy, it’s starting a culture of respect and teaching that children have a right to refuse unwanted touching by talking them through experiences such as nappy changes.

“Imagine if somebody came along and whipped your pants off without so much as a ‘please’ or ‘thank you’. Read more here.