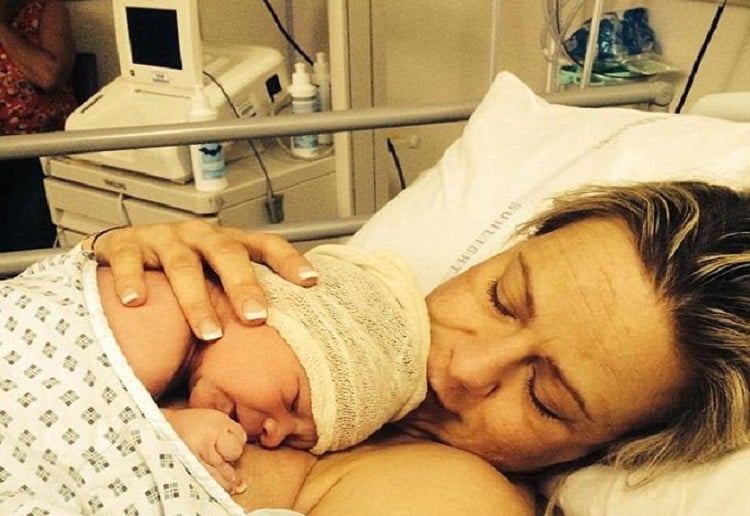 A new mother who died two days after giving birth was killed by sudden adult death syndrome (SADS), an inquest has heard.

Senior doctors said nothing could have been done to prevent the death of Lisa Parkisson during the 2014 tragedy at the Royal Oldham Hospital.

Ms Parkisson, 35, gave birth to a baby boy, Zac, following a Caesarean section at the Royal Oldham Hospital in June 2014.  Her family had left for the evening, expecting to bring the first-time mother home in the coming days.

However, they received a devastating call the following morning to say she had been found unresponsive in her bed.

When her father Robert arrived on the ward, a crash team was desperately trying to resuscitate her, the Daily Mail reports.

Mr Parkisson, speaking at a preliminary inquest hearing yesterday, said: ‘I walked into the room and there were about eight people all around on her.

‘One of them was giving her CPR. I’ve seen it on the telly before, but it was nothing like this.

‘I had never seen anything like that in my life. I could not watch it any more. I couldn’t watch them do that to my little girl.

‘My other daughter met me in the corridor and I said to her, ”she’s gone’.’

The family said they had concerns about the length of time Ms Parkisson, who had worked in the travel industry, had been left in bed without observations.

Her medical records show she had been administered painkillers at 4.05am after complaining of rib and shoulder pain.

A midwife had checked on her at around 6.25am and found her ‘sleeping and breathing’.

The next time a medic went into the room at around 8.25am, Lisa was found unresponsive.

Her auntie Val Wroe, said: ‘Should more have been done at that time? That’s the question that torments us.’

It has taken almost two years for an inquest into Lisa’s death to be heard and during that time her family had been presented with several causes of death.

Initial reports indicated she had died as a result of an amniotic fluid embolism, yet this was ruled out by pathologists at the hearing.

Professor Sebastian Lucas, expert in pathology, said the fat embolism in her lungs had been most likely caused by ‘enthusiastic’ CPR.

Professor Lucas and two other experts also ruled out pre-eclampsia or anaphylaxis as a cause of death.

Experts at the hearing agreed it was most likely that Ms Parkisson had died of sudden adult death syndrome.

Sudden adult death syndrome (SADS) is caused by a ‘ventricular arrhythmia’, a disturbance in the heart’s rhythm. The first symptoms can occur in seconds.

Worldwide SADS is responsible for approx 20 million deaths, which equals 400 deaths a year in Australia.