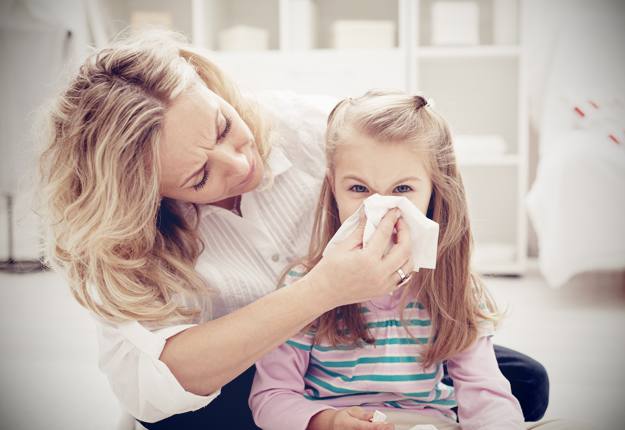 As a non parent, I always found a couple of things very irksome when it comes to kids. Children who are constantly shrieking at an ear piercing volume in public places drive me nuts. I also hate it when you see a kid with a mucky snotty nose – yuck. Just a year ago I genuinely believed that no offspring of mine would be so off putting.

In my pre-parenthood musings I had a lot of visions for my child-to-be. I would never let him squeal in a way that would rouse the dead. He would always have a clean face. I couldn’t picture myself with a baby that did anything but behave impeccably and sleep according to a schedule from three months onwards. I had a very strong hunch that it was my destiny to be one of those mothers who proclaims that she could never imagine what all the negativity surrounding parenting was about. There would be no such thing as mealtime dramas – everything I serve will be freshly made and delicious so there will be no reason for fuss.

Fast forward six months from giving birth and here I am grimly sitting in the lounge room at 2am nursing a little boy who was awake at midnight, and who I know will be awake again at four. I’ve tried a million different techniques to get him to regularly sleep for more than two hours at a time, but I find the sooner I just suck it up and feed him the quicker we are all back in bed. I keep telling myself that next week we will finally turn the corner and I can go back to feeling like a mildly normal person.

Sadly, I’ve also had to accept that I’ve brought another shrieker into the world. Raff screams when he’s angry, he screams when he’s tired, he expresses glee with a glass shattering trill … and there’s nothing I can do about it. You can’t exactly shush an infant. As for kids with snotty noses – well it would be a lot easier to keep Raff’s clean if he didn’t ABSOLUTELY HATE anything coming near his face. If you so much as approach the kid with a wet wipe you get treated to a lovely round of that deafening yelp. It’s barely worth the effort.

And my incredulity that mealtimes could ever be an issue? How is it that an obviously hungry baby who has eaten the exact same thing you’re serving several times before can suddenly decide to spit, blow raspberries and generally throw himself about instead of happily opening his mouth for every delicious spoonful? Raff rewards my efforts in homemade baby food by mashing most of it into his hair and clothes. And of course, all over his face.

The reality is that I’ve got a son, a completely normal, typical, wriggling little baby boy. Now, instead of visualizing him growing up to be the perfect child, I can picture a future filled with ripped jeans, scabby elbows and permanently sticky fingers. I get that once he’s walking and talking I’m going to have to kiss a civilized cup of coffee in a café goodbye, and I can already see the regular supermarket meltdowns. I know that I’m going to get calls from his school on a regular basis because he’s been up to no good and that the life span of each and every plate and drinking glass in our house is severely limited.

What I’m finally coming to realise is that being a good parent doesn’t mean having a perfectly behaved or presented kid – it’s just about having a happy and healthy one.

What typical things does your little one do?