Article Parenting tip..Don’t throw in the towel, lock them up! 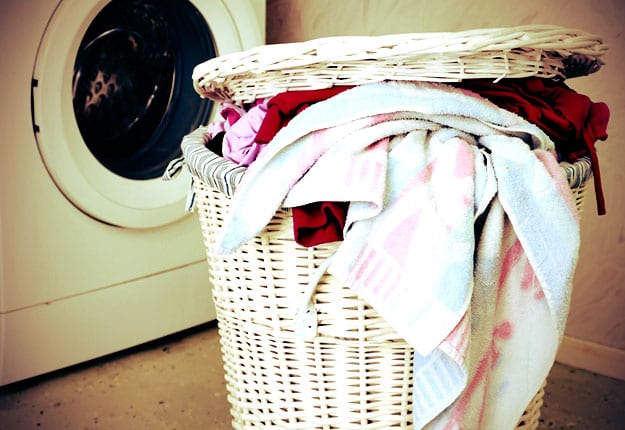 To many people, summertime means the beach, the pool, swimming and togs (bathers for those outside Queensland)

It certainly does for me as well.

But to parents, it also means wet, soggy towels left lying around EVERYWHERE!.

“Whose towel is this?” I ask daily.

Of course, to steal a few lyrics from Taylor Swift, it’s never, ever, ever anyone’s towel.

-hanging across balconies (although hanging is a word I use generously. It’s more a case of luck that it landed on the railing when it was thrown outside, than consideration for the drying process)

-on the back of chairs

-on the kitchen table

-left in my car

-left in the garage

It’s like the reverse of the disappearing sock, when you can never find the matching pair, towels seem to clone in different colours and appear EVERYWHERE.

So I have resorted to drastic action.

But first let me justify this drastic action.

I have three girls playing waterpolo, two in two different teams. So aside from the gereral run-of-the mill towel usage for swimming and school sport, not to mention showering, these girls would go to a pool at least 15 times a week.

Of course, every time a new towel is taken, and of course every time one is left lying around somewhere, it’s never, ever, ever anyone’s.

So back to this drastic action.

I have locked my towel cupboard!

I gave the girls two towels each, noted which ones they chose, then locked up the rest.

I am not really holding my  towels to ransom, just trying to minimise some very unpleasant screaming matches. (Not that I ever, ever scream)

That, however is not the parenting tip.

For the first few weeks, after the big lock-up I couldn’t work out why there were still so many towels lying around on balconies and in bathrooms.

It wasn’t until I went to get a towel for myself that I unlocked a mystery of my own.

I realised that by stretching the loops on the lock I could open the cupboard to almost full capacity and take any towel I wanted.

Instead of screaming, I laughed loud and long.

“We wondered when you were going to work that out!” came the joyous, gleeful calls of kids who have out-witted their parent.

So folks if you want to limit your linen make sure the loops of the lock are tightly wound around the handle.

Oh and without getting into it too much, another tiny tip.

Make sure you remember the combination. (I will never, ever, ever forget it again)