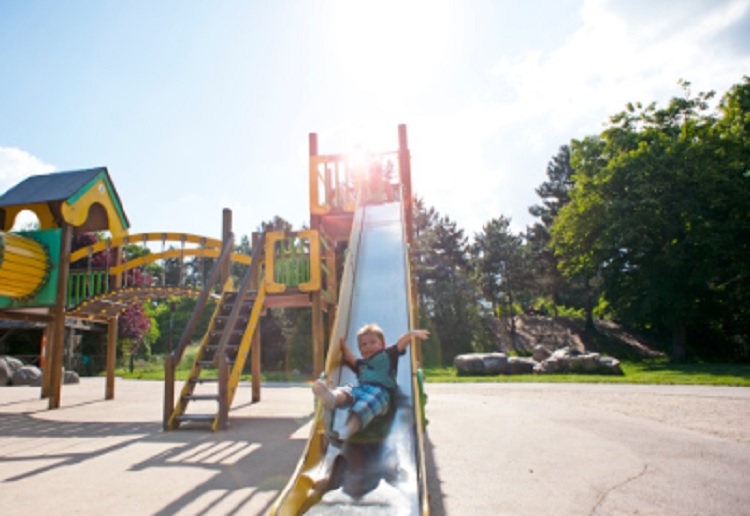 Parents need to realise the dangers involved with climbing on to the slide with children in their lap.

An American study found that 352,698 children under the age of six were injured on slides in the US between 2002 and 2015, reports Birmingham Mail.

Toddlers aged one and two had the highest casualty rate, and the most common type of injury was a fracture usually involving the lower leg.

Adults carrying children were largely to blame for the injuries, said the scientists.

Study leader Dr Charles Jennissen, from the University of Iowa, said: “Many parents and caregivers go down a slide with a young child on their lap without giving it a second thought.

“And in most cases I have seen, the parents had no idea that doing so could possibly give their child such a significant injury. They often say they would never have done it had they known.”

Fractures commonly occurred when a child sitting on an adult’s lap got a foot caught on the edge or bottom of the slide. The limb twists, bends backwards and breaks.

Because of the greater weight, the force generated by the forward momentum of an adult with a child reaches a point where bones can easily be broken.

A small child sliding alone is unlikely to suffer severe injury even if his or her foot catches, said the researchers who presented their findings at the American Academy of Pediatrics National Conference in Chicago.

In Australia injuries are the number one cause of death in children under 17, finds a national study of nearly 700,000 hospitalisations over the past 10 years.

Each year about 149 children die and 680,000 children aged 16 and younger are hospitalised from injuries. (Full study here)

Falls from playground equipment – which account for about a third of all hospitalisation – led to over 55,000 children hospitalised over the 10 years between 2002-2012. Fractures (41.9%) were the most common type of injury.

Have you suffered an injury at the playground?