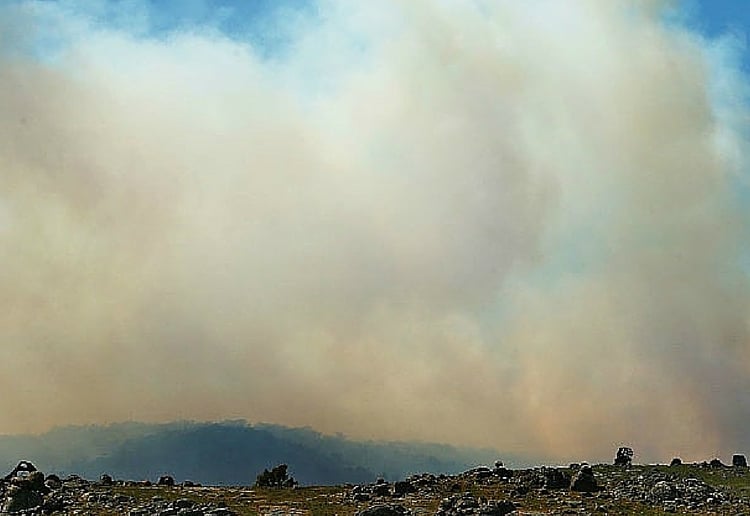 When a Victorian bushfire almost destroyed seven-year-old Pema Hack’s town she started writing the book that has lead her to become a published author.

That book has now sold 250 copies and raised more than $3500 for her local fire brigade.  Not only that, it is into its second print run.

“The Christmas Day Fire” is about the destruction of the Great Ocean Road towns of Wye River and Separation Creek, which lost more than 100 homes between them in the blaze.

“I didn’t know it was going to be like a published book, I just thought ‘oh I’m going to write a book about this’,” Pema told Australian Associated Press (APP) on Wednesday.”I started on Christmas Day with a notebook that was a present from my cousin.”

As the bushfire raged around her, Pema stayed in the Wye River Surf Club on Christmas night.  She remembers vividly having to put on her mask and goggles when firefighters announced that the blaze would hit the club.

Her uncle organised for Pema and her brother Juna’s writings and drawings from the night to be printed together with some photos of the actual fire.

The book sees Pema writing about the evacuation order that was issued to her family on Christmas Day, the fire and also meeting Prime Minister Malcolm Turnbull and Premier Daniel Andrews.

Pema’s Dad, Andrew Hack, said the book had sold well at the local book launch and Easter fete.  All monies raised are being donated to the Wye River CFA Brigade.

“Having little gatherings where people can get together and have an excuse to have a chat and enjoy each other’s company is important (for the recovery),” Mr Hack told AAP.  “Rebuilding is going to be a really slow process and I think people are understandably struggling with that.”

The book can be ordered at wyerivercfa@outlook.com and all proceeds will go to the Wye River CFA brigade.