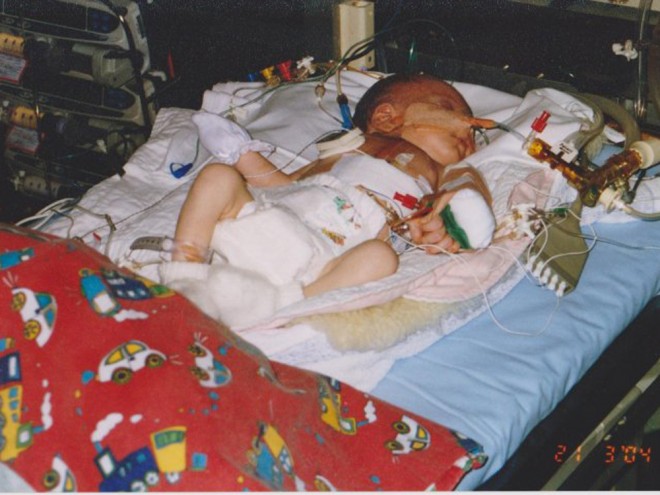 Julianna Suranyi  is a confident businesswoman and psychic who sadly gets trolled every day on social media from strangers for the highly visible heart surgery scars that have saved her life from Congenital Heart Disease (CHD).

Julianna has teamed with Heartkids and award-winning photographer Megan Rizzo, to create a powerful image showing the damage and pain that attacking people for their scars creates and to highlight just how regularly people born with this disease get attacked for it in a public arena.

“I teamed up with Award-winning photographer Megan Rizzo from Studio Fascino to create the campaign because I am so over the way people judge me for the scar vs the reason for it. With the work I do in media and in the public I have been pressured to cover or hide the ‘scars’ and I am attacked by keyboard warriors for them all the time.

“The trolling is equally from men and women and the messages written on my body in the photograph have been sent to me via private message and on the public walls of my business and psychic social media pages. These messages are hate-filled based on the scars, but I am determined to show other CHD kids and adults that their scars are an important part of who they are,” she said.

Ms Suranyi said her motivation was also to help distinguish between congenital and coronary heart disease. “As CHD Adults we don’t really fit in anywhere because we are no longer heart ‘kids’ and yet we have a cluster of ongoing challenges on every level: emotional, physical and mindset wise. I want CHD kids and adults to learn that they are not ‘survivors’ they are ‘thrivers’ and that we are whole and graceful in our bodies even though we get attacked for our heart scars.”

Ms Rizzo was also touched by CHD when her cousin’s daughter was born with the disease seven months ago. “We have travelled the journey with her during these months and I have documented her with my camera for the family. She has weekly emergency trips to the hospital with the resuscitation team working on her little body,” Ms Rizzo said.

“As a Photographer, I am a Visual Storyteller – and this is a story worth telling. If through my photographs we can shine a light on this disease and give the families who have been dealt this card through no fault of their own, some exposure emotional and financial support, then I am humbled to be involved.”

Ms Rizzo said as difficult as it may be to look at the images, it needed to be done. “It is only by sharing our stories with each other we can gain a deeper understanding of the sometimes difficult journeys we are on as individuals.”

The campaign launch follows the recent announcement by American talk show host Jimmy Kimmel on his son’s birth with CHD, which has given greater focus to the disease around the world.

Heartkids now need more support for Adults with CHD as they outnumber Kids with CHD thanks to medical advancements – but CHD is still the biggest killer of Australian kids under one.

THE PARANORMAL PROFILER & HEARTKIDS #scarsareasignofgrace Campaign Highlights Need for Support of Adults with Childhood Heart Disease A powerful photographic campaign showing the daily trolling one adult with Childhood Heart Disease (CHD) receives for the scars that repeatedly saved her life has been launched to highlight the need for awareness and support of adults and children with this disease. Released with the support of HeartKids, the images are designed to show the lack of understanding still shown in the community for people with this disease and to generate an important conversation around acceptance and creating a community for adults with CHD. Thanks to medical advancements, for the first time in history there are more people over the age of 16 with CHD than younger. However, childhood heart disease is still the biggest killer of Australian kids under one and there is no known cure or prevention. Every day in Australia eight babies are born with a heart defect, which is almost 3,000 each year and every week, four precious lives are lost. HeartKids CEO Mark Brooke said, “Having surgery is not a cure. People with congenital (or childhood) heart disease will face unique challenges for the rest of their lives and for many, this will include ongoing medical treatment and repeated heart surgeries. Our role at HeartKids is to help guide and support these families through the whole life journey – not just as kids, but also as teenagers and adults. Our commitment is for life. But we really need more funding to enable us to ramp up our support for adults.” Julianna Suranyi is a Brisbane businesswoman and paranormal profiler who is trolled daily on social media about her heart scars regardless of the platform she is interacting on. Born with Pulmonary Stenosis, Ms Suranyi was one of the first people in Australia to survive ground-breaking surgery at only a few days old in 1972 and again a few years later, when so many children born with congenital heart disease at that time died. ‘Scars Are a Sign of Grace’ Campaign. ‘II have now had three pulmonary valve replacements, which is major open heart surgery #CHD #adultheartkid @heartkids

A post shared by TheParanormalProfiler (@theparanormalprofiler) on May 29, 2017 at 5:49pm PDT

“I have decided to team up with Award Winning Megan Rizzo from Studio Fascino because;

I want children to be proud of their little ”power suits”.
I want the heart adults to know they are loved, supported and cherished for our differences.
For us CHD Adults to know we are safe and strong and because sadly
Being in the media means I am constantly abused by keyboard warriors and publicly often criticized for my scars.”

This campaign #scarsareasignofgrace is for those who have CHD and rely on our new and improved ”power suits” that God gave us to work with in this lifetime.

​​Megan shared, ”As the tears ran down Julianna’s cheeks as we wrote on her skin, It was as if we were using a knife, not a soft felt pen. Our Makeup artist, Bree of Dead Gorgeous Hair & Makeup Styling had to stop at one point as the tears fell from her cheeks too.​” 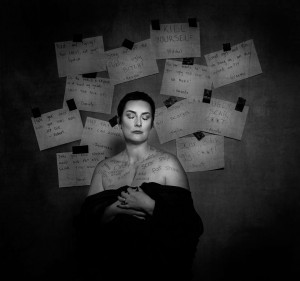 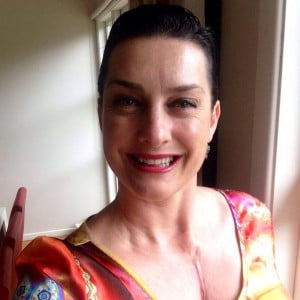 Childhood heart disease is the biggest killer of Australian kids under one.
​

As a mother of a teenage Heartkid this campaign means a lot to me personally. Thankfully he has been very lucky and hasn’t been victim to any ridicule about his scar. But it is something we have often spoke about and tried to build his confidence around in case the day ever comes.

For more information about CHD go to https://www.heartkids.org.au/