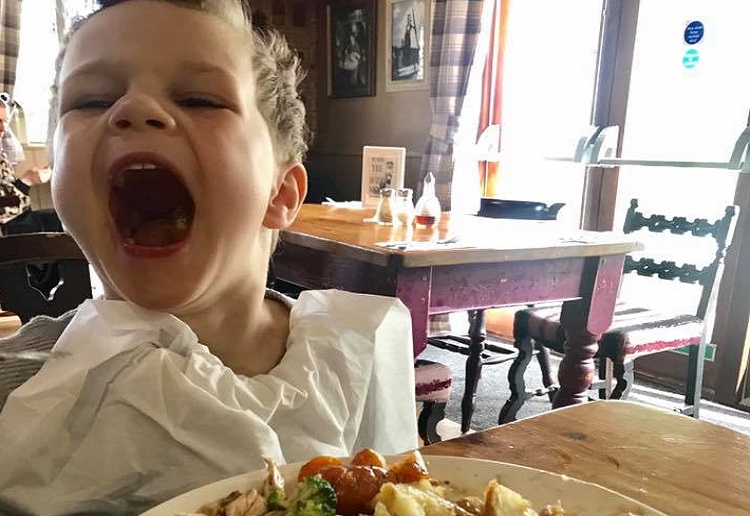 Now THIS is a must read! Check out the secret thoughts of a four year old so you can get an insight into what your child really thinks. HA!

The secret diary post was shared on Sam Avery – The Learner Parent and has attracted over 2200 reactions and hundreds of comments. Have a read and you will soon understand why.

MONDAY
My new hobby is shouting ‘WATCH ME!’ and then doing something inexplicable shit. Today I stood with my legs slightly apart and waved my hands. And the big people PRAISED me! Dickheads.

TUESDAY
Started calling sliced kiwi fruits ‘hairy burgers’ in the shop. Mummy said I should call them something different. I asked her why she was laughing. She said she’d just remembered something funny from years ago. Strange woman.

WEDNESDAY
Daddy reckons I need to be wiping my own shitter before I start school in September. Ha! Alright mate. Whatevs.

THURSDAY
Was drinking from Daddy’s water bottle with my crisps. Left so many salt and vinegar floaties in the water his bottle looked like a cheap lava lamp. Daddy said I could have the rest. Result!

FRIDAY
Caught Daddy sliding a piece of cheese into his mouth with his head in the fridge. I shouted ‘CHEESE! CHEESE!’ continuously to let him know he’d been spotted and that if he didn’t want this intel to go global then he needed to cut me a piece of the action.

SATURDAY
My talking crocodile toy has gone missing. I loved that repetitive little bastard. It was so loud and green and annoying and it used to talk in the middle of the night like Barry White when it’s batteries were low, putting the shits up everyone.

I searched EVERYWHERE for it. (As in, directly in front of where I was currently stood and precisely behind where I was stood. Like I say, literally everywhere.)

Then Mummy casually told me it had broken so she’d been forced to bin it. Even though there’s no evidence, like when they killed Bin Laden. I tell you – I will not rest until I find that crocodile.

SUNDAY
Went on a bouncy castle. Was living my best life until I fell awkwardly onto a bigger boy who was all elbows and arses. I was fine though so leapt straight up but Daddy had already pressed his own personal panic button and was leaping across the bouncy castle towards me like an overweight ninja wearing his fucking SHOES! Come on, pal – even I know you don’t do that!

So he picked me up and I was trying to tell him I was okay and just wanted to get back to my explosive and unpredictable brand of bouncing but he wasn’t listening and then he tried to step off the bouncy castle whilst still holding me but his decrepid old ankle gave way and both of us smashed to the floor like a multi-generational sack of shit. Nice one, cockbreath. I’ll remember this when I’m choosing your care home.

For more from Sam Avery check out their Facebook page.