Article Sorry, But I’m Never Going To Force My Kid To Say “Hi” To You 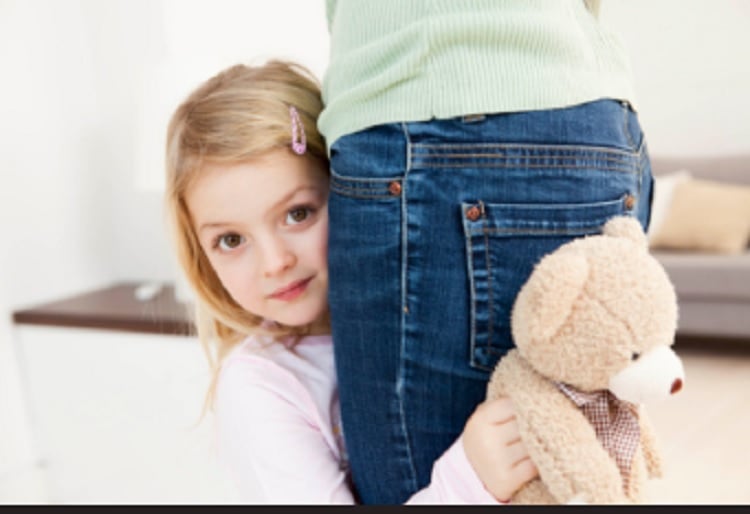 A Mum explains why she never expects her children to say “hi” on command.

As a kid, my mum expected my brother and I to avoid embarrassing her at all costs. She’d coach us before leaving the house and before arriving at our whatever destination, saying, “eat while we are home so you don’t go begging for food at Susan’s house,” or “we are going in and out of this store so keep your hands to yourself.”

One of her rules, like most parents, was to always respect our elders. When someone older than you asked something of you, you did it — no questions asked. If we ever felt as though an elder had crossed the line, we were to tell her so that she could handle it, not us. This meant that no matter what mood we were in or how crappy our day might have been, when an adult entered a room or spoke to us, we are supposed to respond every single time.

Looking back, I understand most of my mother’s rules now that I’m a parent but making my kid say hello to strangers is not one of them.

Why Should My Son Say Hello To You?

When my son was a fresh newborn, he looked like an old, grown man who was completely over it. His eyebrows were thick and always furrowed, and the smiles and “goo goo, ga ga” comments from strangers were met with blank stares. My baby was serious. And as he grew up and learned how to speak, he didn’t change much. Even now, he continues to be incredibly selective over the people he speaks to. Outside of close family, he simply never really expresses a desire to entertain conversations with strangers. And honestly? I’ve never seen an issue with it.

When my son was around 2 years old and we were walking down the street or through a store, strangers would kindly say “hi” and wave at us. Instead of responding, he’d look at them, then look at me and say, “I don’t want to speak to them.” Though he’s pretty consistent with not wanting to talk to strangers, this isn’t always the norm. Sometimes he’ll want to speak to every single person he passes — the mailman, the guy walking his dog across the street, it doesn’t matter. On any given day his mood towards strangers and friends varies and I have a difficult time seeing the problem why I should force him to be “more friendly.”

Kids Are Supposed To Be ON Or OFF

Often times, society treats babies and young children as these little humans with only two settings: on and off. When they’re on, they’re expected to be on: happy and smiling and doing something cute. When they’re off, it’s only because they’re asleep. The truth is that my child, and yours too, are human — allowed to have a bad day, irritated emotions, and to be in moods where they don’t want to talk to people.

I understand that kids are undoubtedly significantly less complex than adults when it comes to deep emotions, but let’s not forget that they still have feelings. The purpose of not forcing my son to entertain the pleasantries of strangers when he doesn’t feel like it is because I want to honour and respect his autonomy. He doesn’t always have to do things because I said so. If he doesn’t want to say hi to the neighbour today because the only things on his mind are kicking off his velcro sneakers, sipping on some cold chocolate milk, and watching a Disney channel until he falls asleep, I totally get it. I don’t think it’s rude. I see it as my son beginning to work through the emotions, desires, and thoughts that are only going to get more and more complicated as he gets older.

My Son Can Have The Same Choices As Me

As an adult, I can run through a laundry list of people I see regularly, mostly strangers, who I purposely avoid standing too close to so that I don’t have to speak to them. It’s not that they’re bad people or that I’m a rude person. But sometimes I wake up and want to commute to work without talking about the weather with the barista or chumming it up about our mutual love for dogs with the guy waiting for the train with me. My son, though he’s still young, is allowed to make those same choices. He doesn’t have to say hi to you if he doesn’t feel like it, and that it’s totally OK with me.

This post originally appeared on Romper and has been shared with full permission.

Related story – 7 reasons why your child should never be forced to hug anyone (Yes, including relatives)

Do your encourage your children to speak to everyone they meet?