Article The floor… a silent hazard! 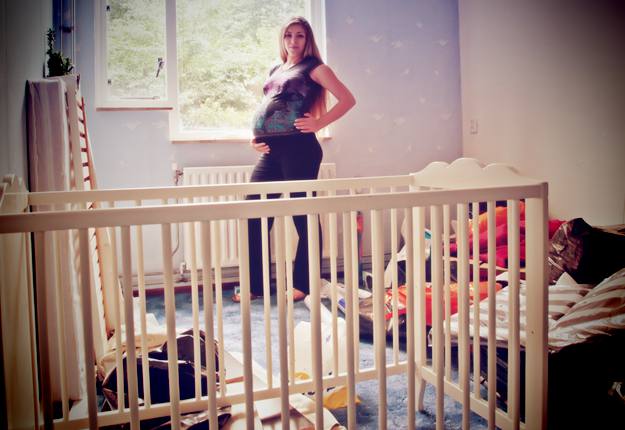 So, we’ve all heard the horror stories-

2)      Toddler intrigued by Mum’s straightening tongs, decides to have a go themselves (as seen on TV- horrific)

3)      Mum’s so tired she confuses medications, taking  valium instead of post-natal vitamins (one of my best friends)

Ok, so none of these things have happened in our house, thank goodness. But that’s not to say that there haven’t been any accidents, injuries or illnesses born from what my mother-guilt calls a ‘lack of care’.  As I think back of the list of maladies though, the weirdest thing is the culprit so often has been one of the most innocuous part of the home. Yep- the floor.  Flat as a tack, but often covered in all kinds of things, from large and trip-worthy, to grottily microscopic.

So, over time, I think I’ve finally learnt how to tame this potential silent enemy, with the accumulation of some impressive domestic artillery. These include a plastic claw toy (yes, you read that right), some lovely baskets and an awesome cordless vacuum…

Why, why, why has all of this been necessary you many wonder? It started with a Mr Potato Head and ended with a crappy back.

During my last pregnancy I tripped over Mr Tattie (without his mo) and broke my foot in two places, five weeks before due date. Not only was it horribly painful for months, but the inconvenience of being stuck at home with a toddler, incapable of most tasks, was almost worse.

Then just when my foot had recovered and we were getting in to the swing of things, in my haste to clean up cat hair, my toddler tripped over the vacuum cord and fell face first in to the corner of our glass coffee table. Although diligently taped with foam, it still managed to give him a seriously bad black eye and slashed nose requiring three stitches.

As it turns out though, I was right to be vigilant on the cat hair. About a year after that, we found ourselves up at the Emergency section of the Children’s Hospital with our  18 month old, going through a very scary ‘suspected’ asthma attack (I say suspected, as under 3, they are reluctant to diagnose the Big A).

So, as well as taking care with her diet, plus always having the ventolin and puffer at the ready, we have since taken to vacuuming daily as a preventative (the cat wanted to stay, and who could blame him?).  Despite an aversion to too much housework, this I could cope with until a few months ago. Midway through my third (and current) pregnancy I was finally struck down by the curse of so many pregnant women – sciatica. Oh. The joy.

Luckily the lower drawer of the dishwasher could wait until the evenings when Dad came home… but as for anything on the floor? Again it became my enemy.  So, as well as getting the children to pick up their mess more often, I copied a friend with a broken shoulder and got a $13 plastic claw from the toy shop.  It’s brilliant for picking up clothes and the like, which then are ‘released’ in to my lovely new cane baskets (where they wait for someone else to re-home them J).  The Claw can’t operate my old vacuum though, plus the cat hair (and never ending cascade of crumbs and craft scraps) can’t wait.

Enter from stage left my very generous (and OCD) Mum. She bought me an upright, cordless, rechargeable little number. The only appliance I’d ever really gone mad over was a food processor, but this vacuum (a Bissell AirRam) has been an absolute godsend. It lives neatly in the broom cupboard. It whips out at a moment’s notice. It is CORDLESSS. Yes, cordless- but as powerful as my other fancy yellow vacuum which has now been taken downstairs to the garage. It goes over carpet, floor boards and even the kitchen floor. It makes vacuuming as easy as getting out the broom for a quick sweep, it’s gentle on my back as I don’t need to bend down and it is NEVER going to cause a little person to trip or get tangled.

Alongside the great convenience, my AirRam has got me thinking of the potential safety benefits with small kids of other cordless appliances.  Do you own any, and would you recommend them?

Also, when you’ve been pregnant or with a bad back, have there been any appliances (or cleaning tricks) that you’d recommend to other poor souls?