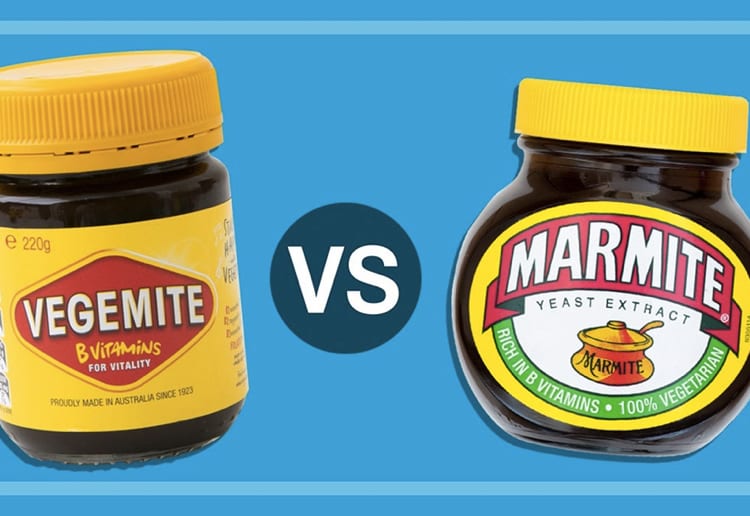 Aussies are pretty uncompromising when it comes down to their choice of Mite spread. If you don’t have Vegemite on your toast for breakfast, can you really call yourself Australian?

I grew up with Marmite (I know, Shock! Horror!) but as soon as I moved over to Aussie shores, I forced myself to develop a taste for Vegemite and forget about the imposters.

But CHOICE has put a spanner in the works and in a move which may be seen as treachery by some, have put the Mites to the test. So would Vegemite officially beat its rivals in the Mighty Mite taste test? Could we even contemplate living in a world where Australia’s national spread is not number one?

How The Mighty Mite Test Worked

The Big V may be the Aussie classic but you may be surprised to hear that there are no fewer than nine vegetable or yeast extract spreads on the market. Nine! Who would’ve thought it?

So CHOICE set out to determine which product is the pick of the bunch, with a good old-fashioned blind taste test – a fight of the ‘Mites’, if you will. A cohort of brave CHOICE staff tasted all nine Mites and cast their votes to help us find Australia’s favourite yeasty spread. It was thirsty work, but someone had to do it.

The blind taste test involved 31 participants who sampled nine popular vegetable/yeast extract spreads and then voted for their faves.

So let’s take a look at what the tasters thought of the different spreads:

There wasn’t much love for Promite. Here’s what some of our testers thought of it:

The gluten-free offering wasn’t so popular.

Of our taste testers, only one grew up eating British Marmite (although others took up the habit while living in the UK), and five grew up eating neither Vegemite nor Marmite.

This probably explains why so many taste testers weren’t happy little Vegemites when it came time to try the British Marmite:

“Everything about this is bad.” (Sunny)
“Looks like dulce de leche, sadly doesn’t taste like dulce de leche. I would feed this to my enemy.” (Marianna)
“Horrid.” (Amy P)
“Repulsive.” (Amanda)
“Tasted horrible; almost inedible.” (Emily W)
“Wow, I hate it. Tastes and smells like chemicals.” (Andrea)

And The Winner Is…

Vegemite Reduced Salt! In a shock win, Vegemite’s less salty cousin was voted as the favourite ahead of the original product – by a fair margin.

Feedback on Vegemite Reduced Salt was mostly positive from our testers:

Could it be that Vegemite’s salty reign has come to an end? Are the people revolting against an excess of sodium? Perhaps we never needed that much salt in our yeast extract to begin with? Is it un-Australian to mess with an icon such as Vegemite?

All we know is that more of our testers preferred the less salty option, with Vegemite Reduced Salt receiving a score of 82%. Vegemite Original came in at 71%, followed by the newcomer out of Byron Bay, AussieMite, which tied with Vegemite Gluten Free at 55%.

Not only did Vegemite Salt Reduced knock the original product off the top spot – it also duped our taste testers. A full 35% thought the salt-reduced version was Vegemite Original.

What were the final results?

Vegemite Reduced Salt came in first place, with an overall score of 82%.
OzEmite took out last place, with an overall score of 41%.
25 of 31 participants (81%) grew up eating Vegemite. But only 8 of 31 (26%) correctly guessed which sample was Vegemite Original.
Vegemite Reduced Salt was most often thought to be Vegemite Original, being named as the original by 11 of 31 participants (35%).

Which mite gets your tick of approval? Tell us in the comments below.