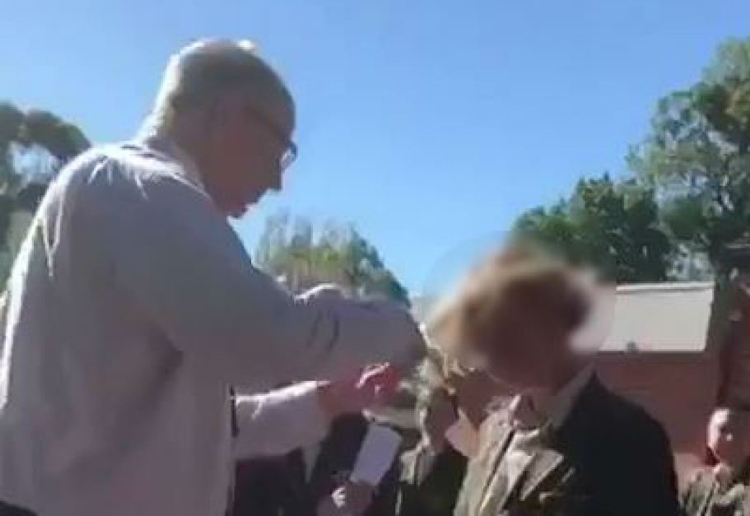 A prestigious Melbourne school has given their deputy headmaster the chop after he gave one student a haircut.

According to news.com.au, Rohan Brown was forced to step down from Trinity Grammar School, where he has worked for 30 years, after he was filmed cutting a student’s hair the day before the school’s photo day.

Dissent In The School Ranks

The decision has prompted a massive backlash, with parents threatening to remove their children from the school. A special meeting was held on Friday night to demand the school bring back Mr Brown. More than 800 people attended the meeting, with supporters warning that the school will “fall apart” without him.

The boy at the centre of the row sent a message to Friday’s meeting and said he never wanted Mr Brown to be fired.
“Mr Brown and I made up and it was all good … A video was passed around and the council found out about it. The council made the decision and it has all fallen on me,” it read.

Students also held mass protests over the controversial move, walking out of class during the day and chanting “Brownie, Brownie, return Brownie” at lunchtime.

Old Trinity Grammarians Association president David Baumgartner has had a long-running feud with Trinity’s current leadership over the school’s direction and he is opposed to plans to boost the school’s capacity from 1300 to nearly 2000 students.

“Trinity Grammar has never been a doctors’ and lawyers’ factory; we’re a ‘good men’ factory … we need to go back to the school’s holistic tradition,” he said.

“Their focus is on growth; businessmen are running our school, but it’s not a business.”

Mr Brown Wants To Come Back

Mr Brown spoke to the Herald Sun and said he hoped he could return, expressing his support for his students.

“For almost 30 years I’ve tried to give as much as I can to the school and I’d like to keep going,” he said

“I do very much love the school and I bleed green and gold.

“I sincerely hope the boys are not affected by it and I’m hoping to see them and the staff soon — I’d like to still support them.

“The boys are more important than this.”