Article What a fruit puzzle! 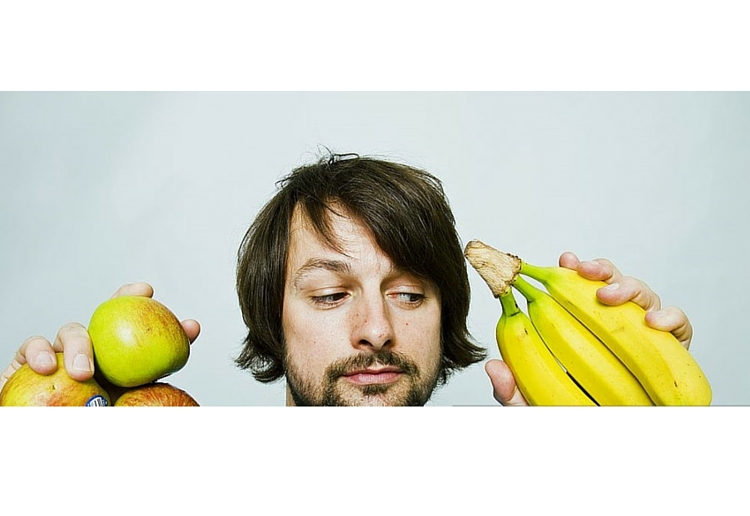 A ‘simple’ children’s brainteaser has gone viral as adults everywhere struggle to work out what in fact is the correct answer.

Perplexing in nature, the puzzle is based around a basic mathematical equation, similar to algebra.  Puzzlers are asked to decipher which number each fruit symbolises then work out the total.

Sounds simple enough?  Be warned!  Adults are stumped with what the ‘true’ answer is.  The puzzle is simple in appearance, but the apples, bananas and coconuts appear to be leaving adults completely flummoxed.

The origin of the puzzle is unclear and it has been circulating since December last year, recently resurfacing as Facebook users simply are still no closer to agreeing on the correct answer.

The first sum shows that three apples added together amounts to 30, suggesting that one apple is equal to the number 10.

On the second line, it states that one apple (10) plus two bunches of bananas equals 18, which seems to simply that each bunch of bananas is equal to 4.

A quick glance at the puzzle might suggest the answer is 15, however there is a range of possible answers that are being shared worldwide.

One site recently re-shared the image on Facebook and almost 400 people tried their hand at solving the riddle with their ‘fresh’ eyes.

One Facebook user stated that the correct answer should be 14, seeing as the bunch of bananas on the final line in fact symbolised 3, rather than 4.  The user in this regard is correct, for on closer inspection there are just 3 bananas in the final bunch, and 4 in the rest.

Yet another user agreed that both banana bunches were equal, she said: “Ok. There are 4 bananas in each bunch. Even in the last one, just the 4th banana is much smaller. But regardless, it’s 4 points per bunch, not counting each banana separately.”

Frustratingly there is no definitive answer to the riddle, leaving puzzlers everywhere with no choice but to continue scratching their heads and arguing over who has the ‘right’ answer.