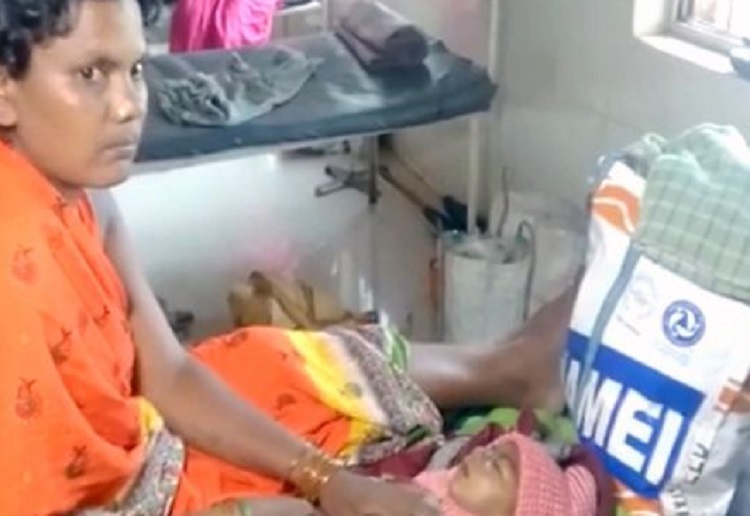 A seven-month-old is fighting for her life after being branded 100 times with a red hot nail by a self-styled ‘healer’.

Footage of the unnamed child’s agonising scars and injuries outraged health campaigners across India, where the ritual is uses as a traditional healing method, reports The Mirror.

Mum Ranjita Paraja took her baby to a village healer in Banaguda, in eastern India, when a persistent cough and cold refused to go.

The healer used what is seen in rural communities as a traditional ‘cure’ for sick babies where they are repeatedly burned with a hot iron nail.

Healers claim it draws out the illness.

But within days the infant was critically ill with pneumonia after the burns got infected.

Paediatrician Sandeep Tripathy, from Jeypore Hospital, said: “The child was branded eight days back, and has severe pneumonia now.”

He added: “She had been suffering from measles, but post branding, there is infection at the branding points.

“The treatment is going on but the condition is very critical.

“If her condition deteriorates, she will be referred to Koraput Hospital for ICU treatment.”

Specialist Anup Kumar Ghosh said: “It is very difficult to put a complete end to a practise like branding.

“Though we are creating awareness among people against the menace of branding, it will take some time.

Image via the mirror