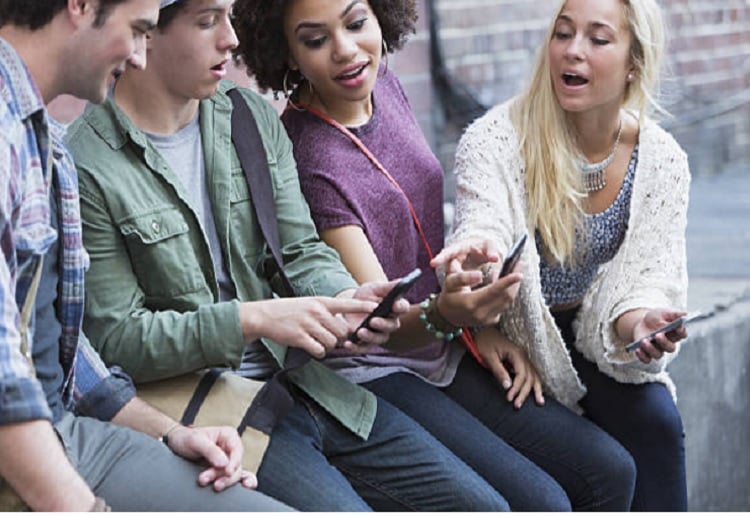 Parenting expert and dad of six, Dr Justin Coulson, says things have GOT to change and we need to teach kids respect and responsibility.

Dr Justin begins by clarifying, “Before I start… this is not a post to demonise boys – or parents. But it does highlight that SOME boys and SOME parents need to grow and learn some super important lessons.

“Today I had yet ANOTHER conversation with a school leader who is dealing with a group of boys (and their parents) who are creating fear in girls because of their overt sexual disrespect.

“A mother contacts me and says her Year 7 daughter has been refusing to attend school for the past three days. Day one she said she was sick. Day two she wanted a ‘mental health’ day. On day three, the girl simply dug in her heels.

Mum asks me: “Dr Justin, why won’t my girl go to school?”

Me: “Her behaviour doesn’t make sense to you, but it makes sense to her. Your job isn’t to make her go to school right now. It’s to understand her.”

I share some tips about talking with girls when they’re not keen on opening up.

She writes back to me:

“I talked with my daughter. She’s refusing to go to school because a group of boys are talking about how they’d like to be sexually intimate with her, and they’re saying these things while she’s in earshot.”

“She described some of the sex acts that the boys were describing. They were saying her name (let’s call her Mia), and saying loudly how they’d like to do this or that to Mia. It was pretty gross stuff, particularly for a non-consenting and relatively innocent 12 year-old to be subjected to.

Mum says to me: “Mia is scared. She feels unsafe. She knows they’re not going to ‘do’ anything to her, but the impact it has had on her emotionally is devastating. The way they’ve sexualised her has robbed her of her innocence. She feels like every boy is undressing her and imagining sexual things he’d like to do with her.”

But then she says this:

“Maybe I’m better of just letting it go. I don’t want to make a big deal out of it. I mean, kids say this sort of stuff all the time. I’m sure Mia will be ok once I spend some time talking with her.” (And then she also suggested she might take her to a psychologist to work things through.)

“The excuse that they’re just kids is not good enough. It’s up to us, as parents of these boys and girls, to teach them clearly what is respectful and what is not. And it’s ESPECIALLY up to us, as parents, to stand up for our kids when they feel unsafe.

“I asked the mum to speak with the head of school about the issue. And I shared a range of ways that she might support her daughter. (One of the first things she did was to reassure her that NOT ALL BOYS ARE LIKE THAT!)

“That was a few weeks back.

“Today I got some feedback from the mum. After her visit to the school, the head of school had a meeting with the girls in the grade, and with the school counsellor. It emerged that a number of boys were doing this (and worse) across the grade, and many girls made additional complaints about feeling fearful and ‘victimised’.

“The school then had a meeting with the boys. They had all been involved in previous incidents. They were ‘known’ to the school for this kind of behaviour.

“The parents were called.

“One of the boys’ parents were what she described as “super supportive”. They were appalled that their son was saying these things, but particularly that he would be doing so in a way that was designed to make sure Mia could hear his comments. They committed to work with their son (and the school) to encourage better outcomes and more respect.

“Unfortunately several of the other boys’ parents thought it was an over-reaction. They believed the school was too politically correct. They felt that the girls were too sensitive and needed to get over themselves.

“As this mum told me her story, I put my head in my hands and sighed.

“Parents… we have got to be better than these parents are willing to be.

“Our kids have got to learn to be respectful.

“We have to take the time to teach our children that sexual objectification, harassment, or any other kind of disrespect is simply not ok.

“Yes, kids do, from time to time, act in ways that are inappropriate. But parents… we’ve got to be willing to own that and work to improve it. Shrugging your shoulders and saying that the person who is aggrieved needs to toughen up and stop being a dibber dobber doesn’t cut it.

“Everyone has a RIGHT to feel safe at school. No one should walk into the classroom, hear their name called, and then see a group of people mimicking sex acts at them or speaking about unwanted sex acts involving them.

“As parents, we have the important role of socialising our kids. It’s up to use to teach them to be kind, respectful, considerate, and even empathic.

“If we, as parents, dismiss the feelings and experiences of others, we can’t expect our children to learn to be better. We’ve got to own it, and encourage our kids to do the same. And telling girls to toughen up misses the point entirely. Ever heard of #metoo?

“At its simplest, it’s not the girls’ fault (in this case or any like it…)
“I love the story of Israeli Prime Minister GOLDA MEIER – back in the 1950’s. She said, in response to a suggestion that fewer women would be assaulted if all were asked to stay inside

“But it is the men who are attacking the women. If there is to be a curfew, let the men stay at home.”

“Let’s do something here to help our boys and our girls to be safe and to feel safe.

“Parents, when your kids are getting it wrong, it’s not a REFLECTION ON YOU. It’s an OPPORTUNITY FOR YOU. Use it to teach responsibility and encourage empathy (not punish).

It starts with us”, concluded Justin.

“One of the contributing causes of this behaviour (certainly not the only cause) I believe, is exposure to pornography. Our kids and teens are watching pornography and aren’t being told that what they’re viewing is not a depiction of loving consensual sexual relationships. This is not how we respect women.

“We need to have these tricky conversations about pornography and about respectful relationships in general”, added Kristy.