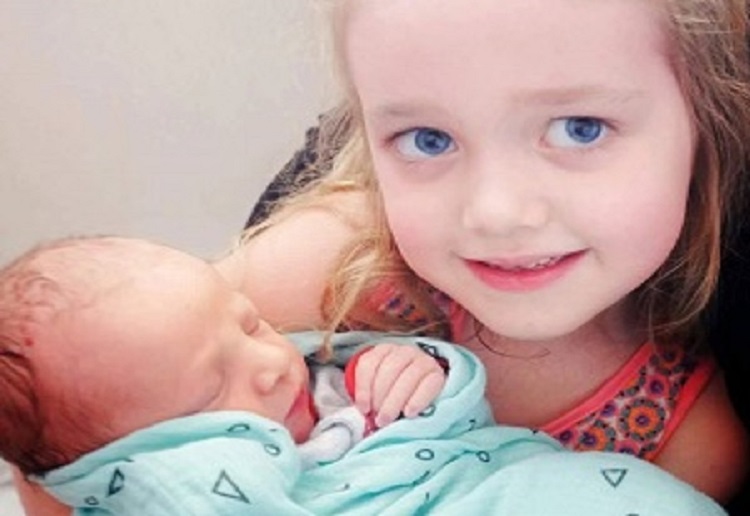 Imagine the heartbreak of discovering you are going to lose two of your precious children. This family have…

Perth couple, Simon and Sam Daff, discovered both their new baby boy Jackson and eldest daughter, aged just four, have a rare degenerative disorder that will kill them.

It started with a limp their daughter Mackenzie developed in June, but the devastated family was shocked when she was diagnosed with metachromatic leukodystrophy, reports Daily Mail.

‘To have that news while we were expecting another baby and to be told that all three children could possibly have it was absolutely the worst moment of our lives,’ Mrs Daff told The West Australian.

MLD sufferers die six to 14 years after they start showing symptoms, depending on which variant of the disease they have.

The chance of a child having the neurological disease is one in 40,000 as both parents need to carry a defective gene.

There is only a one in 10,000 chance this could happen, and even then only one in four children born to parents with the gene develop MLD.

The couple said knowing they only have a short time to be with their children made them feel helpless, but they were trying to enjoy life as much as they could.

‘That’s the hardest thing I’ve found with Jackson, you want to bond with him but you also know what the end result is,’ Mr Daff said.

‘I’ll have a day where I’m just walking around the house crying because I’m holding him and I feel close to him… it’s a weird feeling.’

Mrs Daff has similar feelings: ‘If you had told me that I’d be dealing with this now, I would have thought I’d be in bed, unable to get out, unable to talk,’ she said.

Ashlee, aged two, does not understand what is happening to her big sister, but knows she needs help as her balance and mobility start to become affected.

Mrs Daff said the little girl was already helping Mackenzie tie her shoes and picking up anything she drops as she can’t lean over to grab it without sitting down.

The family’s friends started a GoFundMe page to help with medical bills and help them give the children as many goods memories as time will allow. 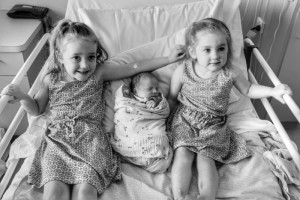 What is Metachromatic Leukodystrophy?

Metachromatic leukodystrophy (MLD) is one of a group of genetic disorders called the leukodystrophies, which are characterized by the toxic build up of lipids (fatty materials such as oils and waxes) and other storage materials in cells in the white matter of the central nervous system and peripheral nerves.

Symptoms continue to get worse, and death generally occurs within 6 to 14 years after onset of symptoms.