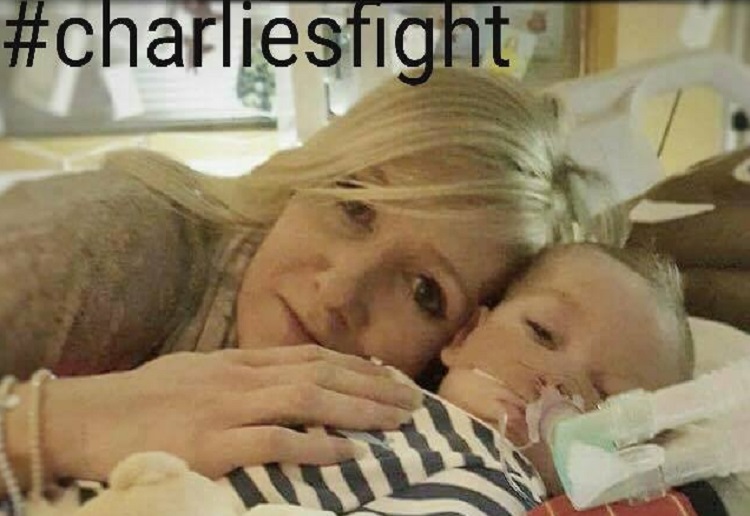 Charlie Gard’s heartbroken parents screamed “no” and sobbed as a judge decided his life support can be switched off to let him “die with dignity” – but they have vowed to fight on.

Devastated Chris Gard and Connie Yates broke down as they lost their battle to keep their eight-month-old, who has a rare genetic condition, alive, reports The Sun.

Charlie was born with a form of mitochondrial disease, a condition which causes progressive muscle weakness and brain damage.

The couple, of west London, said the youngster should be sent to the US for experimental treatment that could extend his life.

But judges at the High Court went against their wishes today – instead ruling his life support machine can be turned off.

The couple said they were “devastated” by the decision and were struggling to understand why the judge didn’t give him the “chance of treatment” – but said they would appeal.

Medical staff at Great Ormond Street Hospital had argued it was time to stop providing treatment for little Charlie and move him onto a palliative care routine. Lawyers for the world famous hospital said treatment would continue until appeal decisions had been made.

One specialist claimed it was not “tolerable” to leave Charlie as he is and he found it hard to see how he could benefit from any treatment.

Mr Justice Francis ruled that life-support treatment should stop after analysing the evidence at a hearing in the Family Division of the High Court in London.

Chris, who had tucked his dying son’s toy monkey into the top pocket of his grey suit, cried “no” and covered his face with his hands as he heard the judge’s decision.

Mr Justice Francis continued: “Most importantly of all, I want to thank Charlie’s parents for their brave and dignified campaign on his behalf, but more than anything to pay tribute to their absolute dedication to their wonderful boy, from the day that he was born.”

The infants parents have said, “Charlie we are so immensely proud of you and we hope that we have done you proud by standing by your side and never giving up despite everything we’ve had to face!

“You’re our baby and we are your parents and we will do ANYTHING for you!

“We will fight for you until the very end and we’ll pray that we’ll get to hold your warm hand forever.”

“We won’t give up on you because you have a rare disease, it’s not your fault, you shouldn’t have to die, I’m sorry this has happened to you, I wish I could take your place!! We love you!”

We wish them so much strength to get through this difficult time.