Article Forget bribing or punishing teenagers, it will never work! 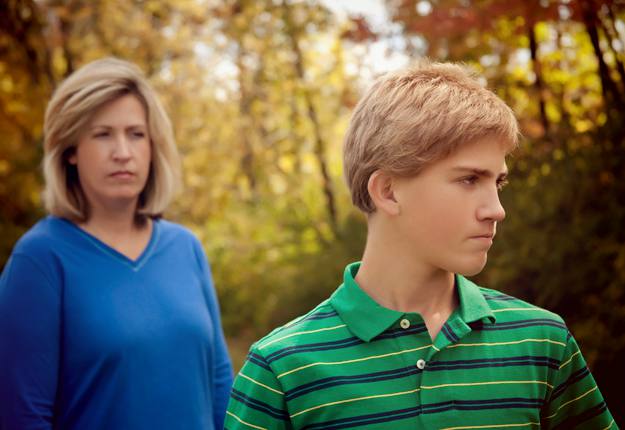 Brain scans reveal why rewards and punishments don’t seem to work on teenagers.

Parents and teachers are painfully aware that it’s nearly impossible to get a teenager to focus on what you think is important. Even offering them a bribe or issuing a stern warning will typically fail. There may be many reasons for that, including the teenager’s developing sense of independence and social pressure from friends.

Now a new study, published in Nature Communications, shows that this behaviour may actually be down to how the adolescent brain is wired.

Adolescence is defined as the period of life that starts with the biological changes of puberty and ends when the individual attains a stable, independent role in society. (This definition may leave some readers wistfully pondering the second half of that equation). We now know that it is also a time of tremendous brain reorganisation, which we are only just beginning to understand.

At this point, the brain’s grey matter, which has been growing exuberantly since birth, starts to thin. This is probably due to a system of synaptic pruning, ridding the brain of unnecessary nerve cell connections and resulting in boosted neural efficiency. This thinning occurs from the back to the front of the brain, with the prefrontal cortex, responsible for executive functions such as cognitive control and decision-making, being the last to be tidied up.

Associated with this maturing process are “upgrades” of key structural and functional networks – a shift from local connections to more widespread global links between different parts of the brain.

You don’t need to be a neuroscientist to know that adolescence is also a time of greatly increased impulsivity, sensation-seeking and risk-taking. One aspect of risk behaviour in adolescents appears to be an apparent inability to match their behaviour to the likely rewards (or punishments) that might follow.

A mature brain is quite good at predicting the necessary balance between effort and reward. It does this by using links between the cognitive control systems, found in the highly evolved prefrontal cortex, and the reward circuitry, made up of evolutionarily older sub-cortical structures, which controls motivation and “wanting”. These include the striatum and the anterior cingulate cortex.

Psychologists would describe this skill as the ability to adjust one’s cognitive performance to environmental demands, whereas business gurus would refer to it as “cost-benefit analysis”. Colloquially we might decide whether or not “the game is worth the candle”.

So is it possible that the adolescent brain organisation is not yet up to the task of this careful balancing act? This would come from an unsophisticated reward system, which has not yet been dampened by input from a more conservative, forward-planning prediction system based on cognition.

The new study shows that this really is the case – looking at the brains of individuals from 13-20 years old. They did this by collecting data from functional magnetic resonance imaging, which measures brain activity indirectly by tracking changes in blood flow, from participants while they played a video game. This was a cognitive test giving players either high or low financial rewards or punishments in return for correctly sorting pictures of planets.

In this kind of task, you would expect to see improved performance when there are higher stakes involved. But the study showed that this was only the case for older participants (19-20 years old). Younger players were less efficient at the task whether the stakes were high or low. The defining characteristic of brain activity in the better performers was increased use of the prefrontal areas and, perhaps crucially, more powerful connections between the prefrontal cortex and the sub-cortical striatal areas.

Effectively, this study demonstrates the emerging efficiency of a “cool” cognitive control system moderating a “hot” motivational assessment system, resulting in the appropriate balance between the rewards offered and the actions required to maximise performance. If your brain is younger, you are simply not very good at matching what you need to do with what you will gain if you get it right or lose if you get it wrong. This is indeed evidence of an adolescent lack of the necessary fine-tuning in the reward system which (thankfully) appears to emerge with age.

Interestingly, this is different from brain activity linked to adult impulsivity and sensation-seeking – which is associated with general under-responsiveness of the reward system rather than a simultaneous lack of connectivity with the control system.

Knowing about this effect could be of value in educational and training fields. Just increasing any reward/bribe you might be tempted to offer to get a teenager to do something may not have the desired effect. Instead, try to give young adolescents as much information as possible about an upcoming decision – this could help redress the imbalance between cognition and motivation.

For example, instead of bribing them to apply to a certain university, taking them on multiple visits to university open days might just be worthwhile. That said, it may not be easy. There’s also the risk that you’ll be faced with another aspect of adolescent behaviour – a refusal to listen to adult words of wisdom.

We also need to acknowledge that this kind of behaviour is not always a bad thing. There is an evolutionary take that a newly emerging adult needs to take risks, with youthful enthusiasm and excitement unfettered by worthy cognitive controls. As author William Faulkner said: “You cannot swim for new horizons until you have courage to lose sight of the shore.”

Read more: 8 things you need to STOP doing for your teenager ASAP!