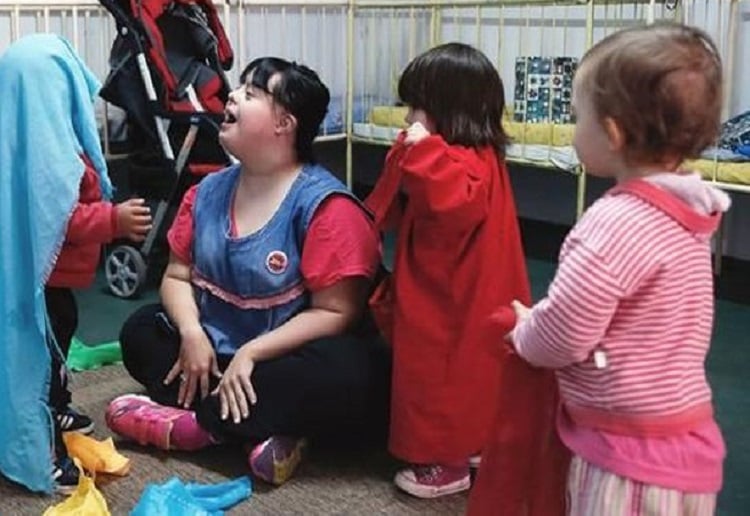 A woman rejected by school as a “monster” because of her Down syndrome has defied expectations.

Noelia Garella’s, 31, from Argentinia,  has gone on to become a preschool teacher. Her appointment has not only served to challenge the taboo often faced by others with her condition – it’s also set a precedent, AFP reports.

As a child Ms Garella herself was barred from attending one day care centre, with the director telling her parents, “No monsters here”, reports 9 news.

While Ms Garella’s application for the job initially faced opposition, teachers, parents and the city’s mayor alike eventually threw their support behind the proposition.

“With time, even those who had been opposed joined in the initiative to hire Noe as a teacher,” said Alejandra Senestrari, the former director of Ms Garella’s school.

“We very quickly realised that she had a strong vocation. She gave what the children in the nursery classes most appreciate, which is love.”

Ms Garella said she “adores” her job and said she enjoys teaching them how to read and listen.

“Because in society people have to listen to one another,” she said.