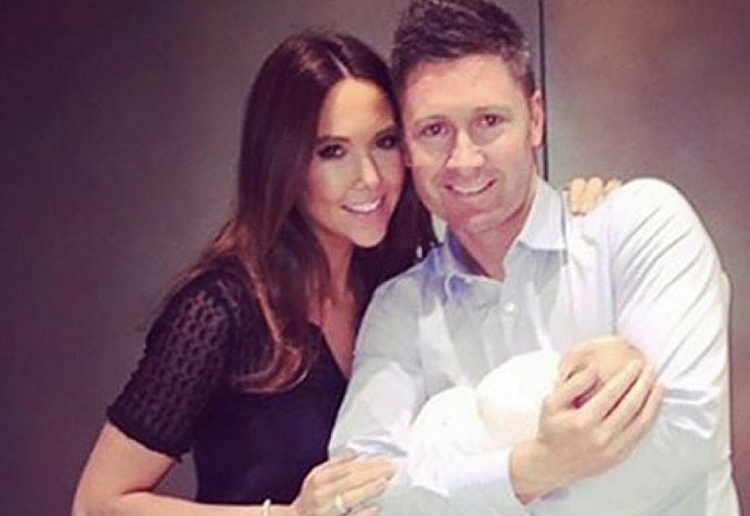 Kyly Clarke has hit out at parents who don’t educate themselves about vaccinations, saying it was a “no brainer” when she immunised her daughter, Kelsey Lee.

Ms Clarke, who is married to former Australian cricket captain Michael Clarke, said “prevention is better than cure” when it comes to raising children, and that parents need to be better educated when it comes to vaccinations.

“For me it was a no brainer,” Ms Clarke told news.com.au.

“My mum always instilled in me that prevention is better than cure and that has also been my motto and I feel that’s my core values as well.

“I can’t speak for other parents, because everyone chooses to bring a child in to this world.”

Kyly has joined the #KnowMeningococcal campaign to better educate parents about the signs and symptoms of meningococcal disease. She said she refuses to let her daughter around a sick child.

“I’m very mindful of the relationships she [Kelsey Lee] has with other children,” Ms Clarke said.

“If I see a child with a runny nose, Kelsey Lee is not going to be there, and that’s OK because that’s my decision.”

“What I can deal with is the vaccination giving Kelsey Lee a fever, and me having a clingy baby for two days.

“What I can’t fathom is the trauma that can be instilled on Kelsey Lee and the rest of the family if I wasn’t to do that [vaccinate] and she was to catch a disease.”

Kyly added that there is a lot of vaccine misinformation out there, and that parents need to better educate themselves through stronger communication with their GPs.

“Parents are not meant to be GPs,” Ms Clarke said.

“But we are meant to have great communication with GPs and we should … not be afraid to ask questions about is in the immunisations and also about what [vaccinations the children] may be missing.”

A national awareness campaign  #KnowMeningococcal is launching in partnership with Kyly Clarke to encourage parents to know more about the devastating and potentially life-threatening bacterial infection. Find out more about the campaign here.