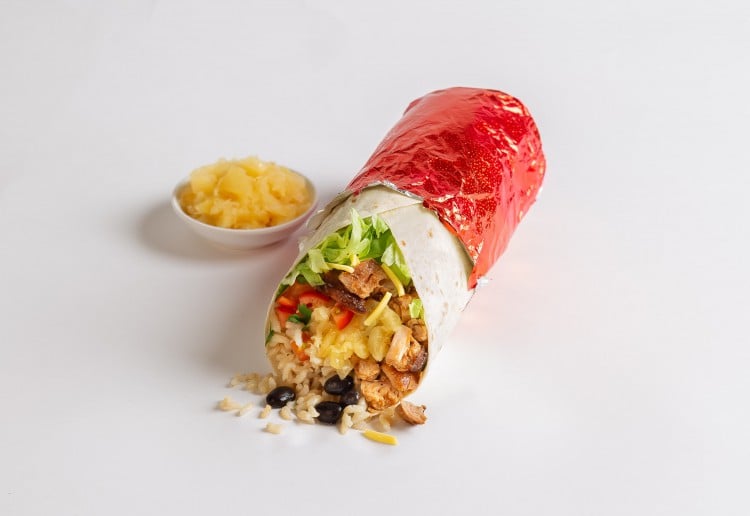 Pineapple on food: a topic that sparks heated conversation and divides the nation.

In an Aussie first

Whilst not a traditional ingredient in burritos, Mexico is a leading producer of the pineapple globally and it’s a key ingredient of many traditional Mexican recipes.

Pineapple on any kind of savoury food has always been a big point of contention. Just mention pineapple on pizza and you’ll see streams of people running for the hills, leaving the savoury/sweet dish for those few fans who can’t get enough.

Mad Mex are the first to acknowledge their risky decision to introduce a pineapple burrito.

“Our burrito with pineapple is sure to cause strong reactions amongst our amigos but we want to settle the argument for good!”, said Clovis Young, Mad Mex Founder & CEO.

“Whist some will call it sacrilege, we know there are a LOT of pineapple fans out there – some of them living in secret – and they’ve been waiting a long time for this day to come. We want to empower Aussie pineapple lovers to indulge their passion with a fun twist on traditional burritos! We’re excited to see what Australia decides: do they love it or hate it?! Let’s find out. And who knows, if the new burrito is a hit, this might not be the last we see of it on the menu…”

Heck Yes or Hell No!

Droves of pineapple lovers and haters have flocked to the Max Mex facebook page to share their opinion on this heated topic.

Fans were asked whether they’d vote Heck Yes or Hell No for pineapple.

“Heck yes!!!!! Pineapple belongs in everything!!!”, one enthusiastic commenter said.

“No.. I was asked today when I went to Mad Mex for lunch. What an odd ingredient, but pineapple is only good for juicing and adding vodka!” said someone on the opposing side.

“Nope, nope, nope. Pineapple is great, as fruit or in a smoothie – It has no place on a burrito!”, yelled another.

But I was actually surprised by how many people voted for the spiky fruit.

One said: “I had Pineapple in my Burrito today and it was absolutely delish.”

Amigos who cast their vote will be in with a chance to win a $2,000 travel voucher – true pineapple lovers could even head to Tropical North Queensland, the Aussie home of the divisive fruit! More details here.

Tell us your vote? Heck Yes or Hell Now to pineapple burritos?