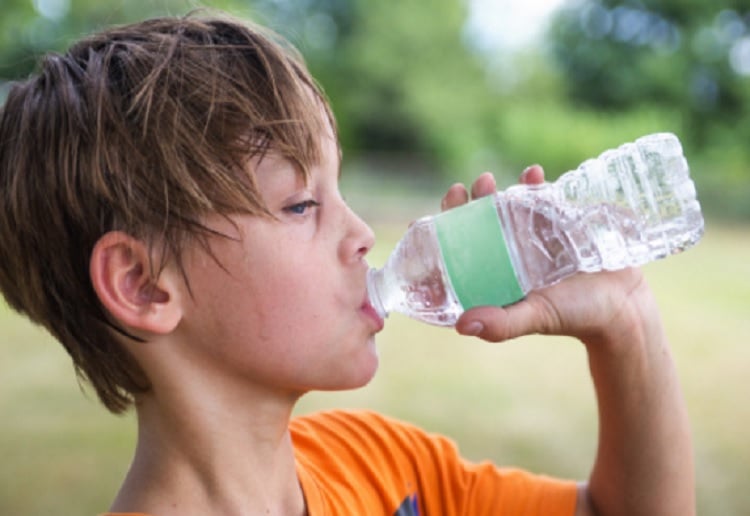 Dehydrated teen denied water at McDonald’s during heatwave because he could not pay for a 30 cent surcharge.

Kuvam Sharrock, 14, was sweating profusely and red in the face when he approached a staff member at the Elizabeth McDonald’s store, in Adelaide’s north, on Wednesday and politely asked them to top up his water bottle, reports 9 news.

The McDonald’s employee told the teen he would have to make a 30 cent payment and refused to serve him when he said he did not have any money.

Kuvam explained he had forgotten his wallet as he hastily ran off to school but could make a payment as soon as his mother arrived to pick him up.

His mum told 9 news she was “disgusted” with the staff member’s lack of compassion. She also took to social media to demand answers.

“Could you please have a look and tell me where is your compassion and humanity?” she wrote.

“Anyone could be in this position and could have suffered heat stroke,” she added.

The concerned parent said she could not fathom why the employee chose not to show some leniency, particularly after explaining she would be there shortly to cover the payment.

“He offered to pay within 15 mins… I never expect anything for free, neither does my son.”

“He had his own bottle so they didn’t even have to give him a cup. Businesses need to put humanity over profit.”

Ms Sharrock said she wanted to go inside and demand an apology but was so concerned about Kuvam’s levels of dehydration that she rushed him home to cool him down.

“He was red, and I mean red with heat, and covered in sweat. I was so tempted to go on and give them a piece of my mind but had to get him home.”

Ms Sharrock told Nine.com.au no one from McDonald’s had called to apologise, but said she received a “diplomatic” response on Facebook.

The post said the store was under no obligation to provide free water.

“Free water is at the individual store/licensee discretion. Most stores will offer a cup of courtesy water if a purchase has been made,” a spokesperson wrote on Facebook.

However, an employee approached Ms Sharrock privately and told her the store had changed the “inhumane policy”.

She was forwarded a notice posted to employees advising that the ice and water procedure had been changed following “recent events”.

“We will now be handing out free water and ice to every customer again,” the notice, obtained by Nine.com.au, read.

Employees were warned not to fill bottles directly from the drink machine as it was a hygiene issue, but explained it was still possible to help customers out if they wanted to use their own containers.

“If the customer wants it in their bottle, it must be poured in from a paper cup.”

Ms Sharrock said it was encouraging to know the issue had been addressed, but demanded a national policy overhaul.

“I know a lot more stores charge up to 60 cents. This is immoral. I hope all stores revoke this charge,” she told Nine.com.au.

This is infuriating!  I don’t care what company policy says, surely on extremely hot days it’s a no brainer to show compassion and offer complimentary cold drinks, whether that be water, slushie, juice. Seriously. That poor young man.

It’s not hard to encourage your customers to come into the store for a free cold drink and most likely make further purchases to your advantage.