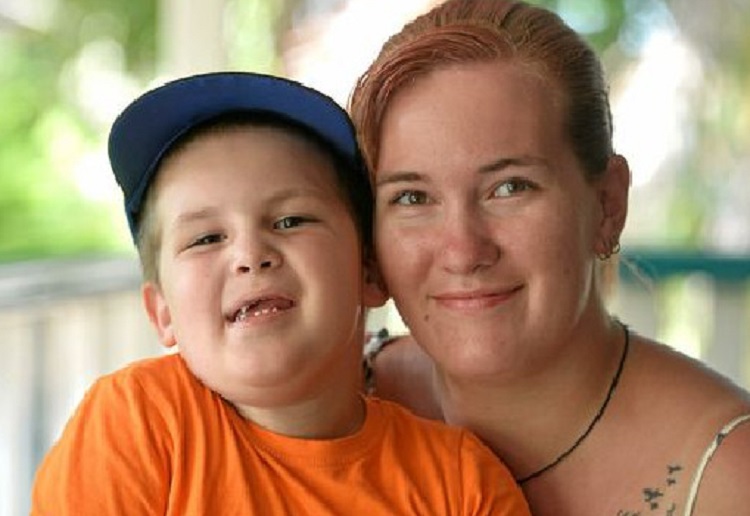 A mum of four, was shopping when her son experienced a minor epileptic fit. A fellow shoppers comment left her shattered.

Tori Brooks, was shopping at Caneland Central in Mackay, when Travis, 4, experienced a minor epileptic fit, which left him drooling a little bit and needing some tending to.

“I took him into the parents’ room to get him cleaned up and give him somewhere to wind down and not be upset,” she told The Courier Mail.

“As I walked in the door I was confronted by another mother who saw him and said, ‘children like that are the reason why euthanasia should be legalised in this country’.”

“It hit me hard and I didn’t have it in me to say anything back at the time but I was left in tears – like you just told me my son should be dead or that I should kill my child because he has this condition,” Ms Brooks said.

“Believe it or not, there is a damn good reason why euthanasia is not a legal treatment option for special needs kids.”

Travis has been diagnosed with uncontrollable epilepsy and global development delay; however, despite his conditions is still capable of living a full and enjoyable life.

“He’s actually off to kindergarten this year and he’s a really bright, bubbly and loving kid,” Ms Brooks said.

“Yes, it can be challenging, but at the same time it’s not the end of the world.

“And I’m fully aware that the sight of someone mid-seizure can be confronting; but special needs people, adults and children alike, no matter how small or great their disability, deserve to live happily and be equally accepted in the community, just like anyone else.

“My son has complex needs and while they will never go away completely he is a clever young man and can do many things that other kids his age cannot do. Above all else, he loves me as mum and smothers me daily in cuddles and kisses.”

Ms Brooks encourages other parents who have encountered similar behaviour to “keep their chin up” and continue doing the best they can for their children.

“You are your child’s best advocate, people are scared of what they don’t understand and you shouldn’t be made to feel bad about that,” she said.

“You’re doing the best you can, so just keep going and hold your head up high.

“My grandma used to say something I think too many people have forgotten – ‘If you can’t say something nice, don’t say anything at all’.”

You know the old saying – “If you don’t have anything nice to say….”. Come on people!