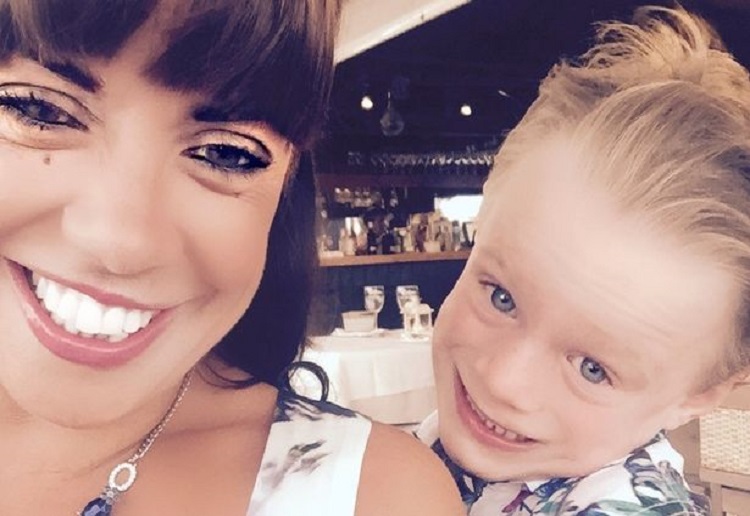 Mum began experiencing episodes of psychosis where she ‘saw Jesus and dead relatives’ after developing a rare neurological condition.

Leona Daly, 37,  was pregnant when she fell into a coma and when she came round she didn’t remember that she was expecting a baby or recognise her partner, the Irish Mirror reports.

Leona, who comes from Castleknock in Dublin, told the paper things started to go downhill in early 2011 when she began experiencing sensitivity to light and noise.

“When it started it hurt to open my eyes, my ears were ringing and my doctor said it was just an inner-ear infection.

“It was getting worse and worse and I was finding it hard to function, I was dizzy and tired all the time.

“Another symptom was my personality changed, I went from being happy, carefree and confident to being anxious and paranoid, afraid to leave the house.”

Leona and her partner Ben discovered she was pregnant in February and her illness was believed to be a rough early pregnancy but her symptoms persisted.

Doctors suspected it could have been meningitis but they couldn’t carry out an MRI, they did as many tests as they could but couldn’t find anything wrong.

Her symptoms deteriorated rapidly to the point where she couldn’t walk far and she started experiencing hallucinations.

She said: “I started to see things, people who weren’t there and hear voices.

“I started to display symptoms of psychosis – screaming and babbling and the doctors had to restrain me physically and mentally.

“I thought I was speaking with God and seeing dead relatives, at first there was a clarity where I thought I could solve the world’s problems and then things deteriorated and I was terrified and screaming.”

She finally started to get answers when one of the country’s leading psychiatrists, Dr. John Sheehan of the Rotunda Hospital, looked into her case.

Leona said: “I started to think doctors and other patients were trying to harm me but because my health was going downhill so quick they had to rule out a psychological illness.

“Dr Sheehan said I needed to be transferred to a medical ward because he thought it could be neurological.”

Due to her pregnancy doctors couldn’t carry out many tests but they suspected anti-NMDA receptor encephalitis – her antibodies were attacking the memory receptors in her brain.

They had to take a chance and carried out plasma exchange treatments, where substantial amounts of blood are drained from the body, cleaned and refiltered.

She fell in and out of the coma and eventually woke after almost four months.

Leona said: “Everything was different, I couldn’t remember my relationship, I didn’t know I was pregnant.

“I knew who my family and friends were but I didn’t know what was wrong with me.

“I had lost a huge amount of weight, my muscles had wasted and I couldn’t walk anywhere so I had to be brought around in a hoist. I had to be taught to walk again.

“I had no idea I was pregnant, on my file in the beginning they had noted it could have been drugs or alcohol related, obviously it was nothing like that.

“But one of the nurses turned around and said, ‘You need to get it together for your baby.’

“I asked my mam what they were on about but I was so thin I didn’t have a bump, I’d no idea, it was extremely scary.

“Usually you have nine months, suddenly here I am in a wheelchair and I was terrified.”

Leona said: “Behind Alfie was a large teratoma, a little tumor about the size of a tennis ball with teeth and hair in it, a messy bundles of nerves inside me, a little phantom baby that was fighting Alfie.

“There’s theories that it could actually be a twin, my twin, it’s just theories but it’s fascinating.

“Between the teratoma and the antibodies I was being attacked at every angle.”

Leona is amazingly positive, she set up an interior design business and thankfully her short-term memory has returned.

She thanked her medical team, saying: “I owe them my life. I owe them my baby’s life: lovely little Alfie is now an exceptionally strong, energetic and cheerful four-year- old boy.”

We recently shared a story who suffered a psychotic breakdown just days after a traumatic 64-hour labour during the birth of her first child.

Image via the Mirror