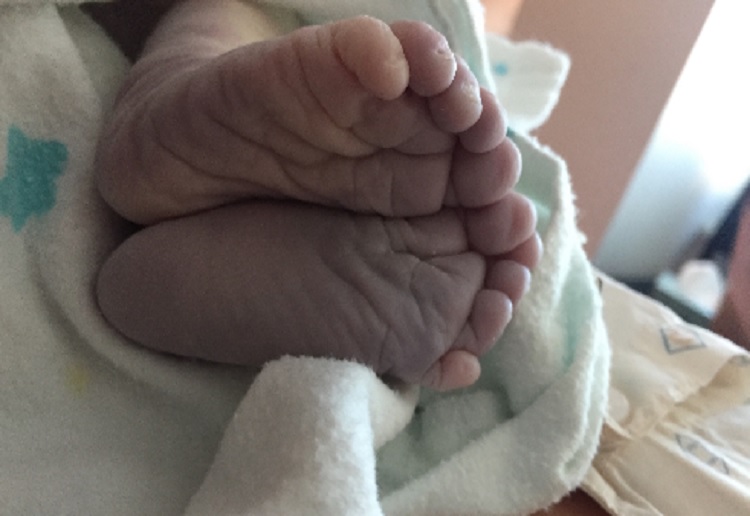 A Brisbane mum has shared the heart-wrenching images of her stillborn son to warn other families about a common disorder that pregnant women should be mandatory tested.

Brooke Campbell, from Brisbane, nearly died after she lost more than 1.7 litres of blood when she suffered a severe haemorrhage in the early hours of August 28.

But after she was taken to hospital, the young woman completely broke down when her obstetrician found baby Darcy no longer had a heartbeat.

‘I looked at the ultrasound screen and could see Darcy’s lifeless body just hanging there inside me,’ Ms Campbell told Daily Mail Australia.

‘There are no words but gut-wrenching and a vivid picture in my mind that I will never forget.

‘It was too late to do anything as he was already gone.’

The cause of her unborn son’s death was a haemorrhage caused by a placental abruption – which occurs when the placenta separates from the uterus. 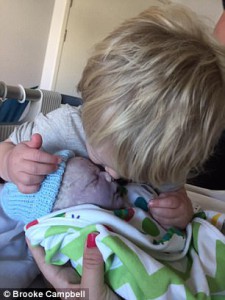 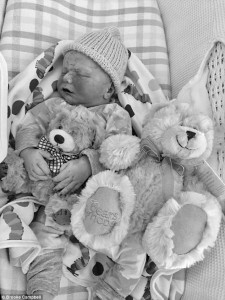 ‘The placenta just blew off from the uterus wall, causing Darcy to go into cardiac arrest. And he passed away due to no oxygen,’ she said.

‘I was in complete shock and I just didn’t believe it. But I knew while we were waiting for the ambulance at home with the amount of blood and clots I was losing and that I couldn’t feel him… something was very very wrong.’

The distraught mother was transferred to a birth suite where she had to deliver her baby knowing he was going to be stillborn.

‘There are no words to describe the pain and heart break knowing he was going to be stillborn. Horrific and gut-wrenching won’t even cover it,’ Ms Campbell said.

‘We chose not to do an unnecessary caesarean section. We continued on with a vaginal birth as my first was also vaginal.

‘It was such a cruel thing I had to go through with the labour and delivery. Knowing Darcy would be gone when he came out it killed me so much but it had to be done.

‘I just burst into tears knowing what would be coming next. Three big pushes and he was out… 53 centimetres long and 3.3 kilograms just like his big brother.

‘Darcy looked healthy and beautiful except he didn’t cry like a newborn. He just looked like he was asleep which shattered my heart into many pieces because I just wanted him to gasp and take his first breath.’ 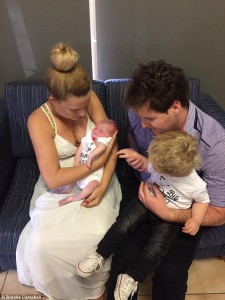 ‘If this test was to become mandatory during pregnancy for all women, then I would not have lost my healthy beautiful son,’ she said.

‘The test informs you if you have Factor V Leiden – and then you can have injections throughout pregnancy to prevent suffering a placental abruption.’

‘Women just need to have the option there to get tested for this disorder otherwise they may hold the gene and be risking the life of their unborn baby, themselves and future grandchildren.’

After finding the strength to tell her story, Ms Campbell said she wanted to raise awareness about the dangers and the possibility that people, including pregnant women and men, could be carrying the genetic disorder without knowing.

‘The pain and suffering we endured through the past six weeks are just horrendous and no parent should ever have to ever bury their healthy child,’ she said.

‘I don’t want people to risk their own lives or the lives of their unborn children so I just want to get the message across this disorder does exist.

‘It’s common and no one even really knows about it until its too late. We didn’t even know what it was until we got the results back after Darcy had passed away.’

Our thoughts are with them all x