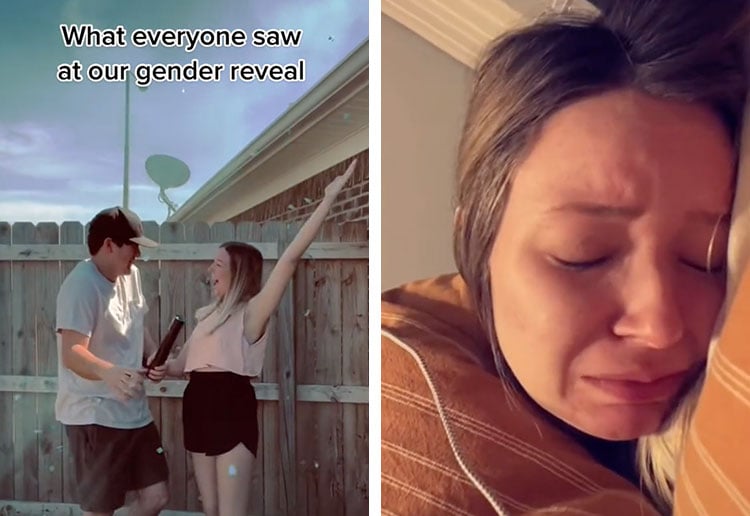 A mum has shared an emotional confession about her hidden gender disappointment, after finding out she was having another boy in front of family and friends.

Nicole Shamlin shared the video of her gender reveal, where she and her partner pop open colour cannons to reveal they’re having a little boy. The couple already has one son.

While in the video Nicole looks thrilled and throws her arms into the air before hugging her partner, inwardly she was crushed. The video then cuts to Nicole crying in bed, with the caption, ‘Me later that night grieving the fact that I’m not getting my baby girl just yet. How can I love another boy? Will he be replacing my first son? How can I love two sons?’

@nicoleshamlin #greenscreenvideo Gender disappointment is real. I only felt that way for a day. Now we are beyond excited and thankful.????????????VIDEO IDEA FROM @patricialeeann09 #genderdissapointment #boymom #genderreveal ♬ that way slowed – vibe sounds

The video attracted a huge amount of comments, some supportive of Nicole’s feelings and others appalled.

“This is sad,” wrote one mum. “I went through years of IVF. I was just thankful to have one live child. Healthy is what you should care about not the sex.”

“I’m sure there are plenty of mamas who would take that boy off your hands!! Also therapy works wonders,” added Chasity Moore.

Despite the negative comments, hundreds of mums came to Nicole’s defence, and spoke of their own battle with gender disappointment.

“But for us who have, know you’re not alone. It is normal, your feelings are valid and it only lasts a short period of time. I know it’s hard but it will get better.”

Did you have gender disappointment? How did you deal with it? Let us know in the comments below.