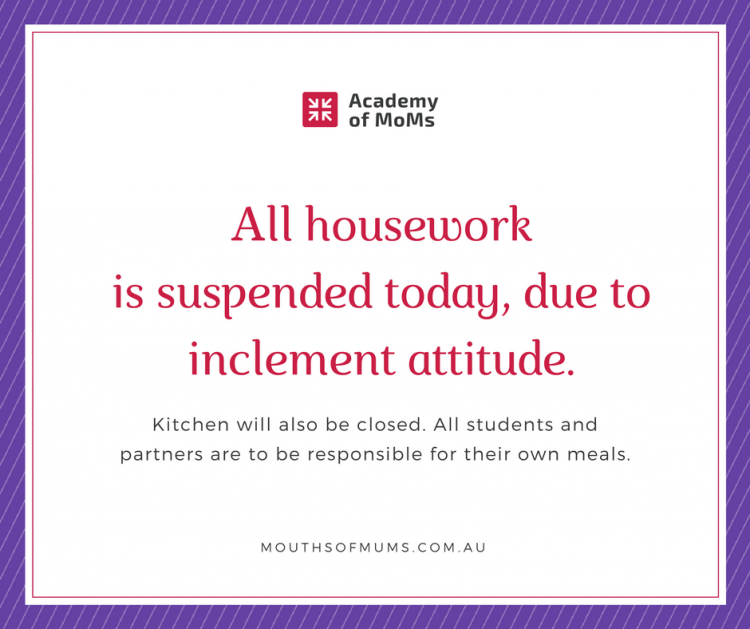 Census 2016: Women are still disadvantaged by the amount of unpaid housework they do.

National statistics from 2006 showed that women account for the majority of unpaid domestic work time, spending 33 hours a week in domestic work. Before we write these off as the bemoans of well-resourced first world problems, it is important to note that housework and the mental labour associated with its organisation have real and long-term economic consequences, particularly for women’s employment.

Economists often factor in housework as one dimension of a person’s total amount of time in a day. People weigh all of their time demands – work, family and leisure – and make rational trades between these to maximise resources and efficiency. The problem with this rational-choice approach, research shows, is women consistently trade time in employment for greater time in domestic work even when their resources are on par with men. This is in a society that equates femininity with domesticity.

Women spend more time in housework even when they are single and working full-time. Although single women do slightly more housework than single men, it’s during singlehood that housework time is most equal by gender. When women start to cohabit, their housework time goes up while men’s goes down, regardless of their employment status. These gender gaps in housework linger over time and widen even further when children enter the picture.

Some economists have argued that the traditional division of housework and employment maximises each partners’ skills and increases efficiency within a marriage. Feminists have spent decades challenging this argument by pointing out being a woman does not make one more skilled in scrubbing toilets.

And, the fact that women remain intimately tethered to the home based on gender role expectations, means women lose out on economic resources, a deficit that compounds over the life course. Australian women have some of the highest part-time work rates in the world, often reducing work time to part-time when children are born. A second child could knock a woman out of the labour force for close to a decade.

This means women’s total lifetime earnings are reduced, it also shortens their career ladders and results in superannuation earnings that are significantly less than their male counterparts. In fact, one in three Australian women retire with nothing in their superannuation.

The lessons from these relatively small daily housework numbers – 43 to 120 minutes – are major, showing deep and persistent mechanisms of inequality. The challenge is not housework alone but the way in which housework is embedded within broader care responsibilities.

Women are expected to stay home with young children and, while they are home, they might as well put on a load of washing. Women who work full-time are not absolved of this guilt as they remain responsible for organising the childcare and reminding family members to pick up their socks and wipe down the benches.

All of this labour requires mental energy to ensure the hamster is alive and the dishes are unloaded. It is no wonder Australian women are increasingly feeling time pressed, stressed and depressed.

One way to tackle this time squeeze is to create institutional structures that encourage men and women to share domestic work more equally. Because children often bring a mountain of laundry, providing extended parental leaves that are required to be shared by both parents is a start.

Sweden has a use-it-or-lose-it approach to parental leave requiring men to take a portion of the paid leave or the family loses this leave. The result is that men share housework more equally over the life course. Men today are more interested in sharing childcare responsibilities so the economic benefits to maternal employment from this equal sharing is a win-win for all.

Who does most of the housework in your home?