By Tracy Hardy on behalf of MoM member Julie Ford 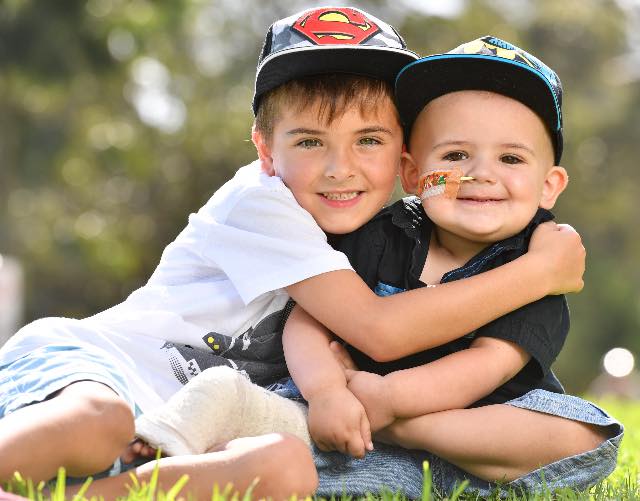 Tasmanian mum of two, Julie Ford, shared her story with us to help raise more awareness for childhood cancer.

We originally shared Maxi’s story in May 2017. Our hearts broke as we read Julie’s email; such a beautiful family.

Julie shared …“In Aug 2015 we welcomed our second beautiful little boy into the world, Maxwell”. Julie told us that as an infant, everything was fine with Maxi but from 6 months on he suffered persistently with bronchiolitis.

“Maxi ended up in the emergency department 7-9 times on high flow oxygen given through a nasal catheter. Twice it was so severe he ended up in ICU. This was devastating for us to stand by and watch our precious baby struggle to breathe, in a hospital bed for days at a time.

Every time Maxi showed signs of a cold we literally had to wait until it visually affected his breathing before the emergency department would admit him. Doctor’s wouldn’t diagnose Max with asthma and prescribe us anything to manage these episodes due to Maxi’s age. Even though he seemed to respond well to ventolin” Julie said.

According to Julie, Max was still reaching all his milestones on time despite the chronic illness.

“He started walking at around twelve months old. But at fifteen months old after he had been walking for 3 months, we noticed his right foot started to turn outward and he was not wanting to weight bare.

After a visit to our GP Maxi was sent home with the diagnosis of a virus in the knee. Eight days later we noticed his walking had became much worse and we returned to the same doctor.

He told us after observing Max walk that it looked just like a normal baby gait. We refused to leave on that diagnosis and pushed for an X-ray.

They had found shading around Maxi’s knee and we were told to get him into the emergency department right away.

On arrival we were confronted by doctors and told the most heart wrenching thing any parent could face, our baby may have childhood cancer,” Julie remembers.

After two weeks of tests and a biopsy Maxi was diagnosed with Osteosarcoma. This is a malignant form of bone cancer and if Julie had accepted the diagnosis of ‘that’s just how a baby walks’, it would have had the potential to spread and take Max’s life.

Since receiving the diagnosis in November 2016, Maxi has endured 11 grueling weeks of chemo pre-surgery that has really knocked his little body about.

“In February 2017, the scariest day of our entire lives, Maxi underwent an 8 hour surgery, performed by the amazing surgeons at the Royal Children’s Hospital, Melbourne, to remove the tumour, called a Van Ness Procedure.

To make sure there were clear margins and to lessen chances of relapse they also removed Maxi’s knee.

To give Maxi quality of life and for him to be able to walk later in life with a working knee joint, surgeons took the remaining lower limb turned it 180 degrees and reattached it to the femur.

When Maxi is fully grown his ankle joint will align with his other knee and become a knee joint itself and with a prosthetic fitted Maxi will be able to run, jump and play sports” Julie explained.

After surgery Maxi has endured another nine weeks of chemo and has another eight to go before they can return home as a family.

“We don’t think about what may have happened if we had left the doctors that day on the diagnosis of just normal baby walk. Instead we are grateful for every day we get to spend with our precious baby boy, because we trusted our parental instincts”.

Julie would like to share with everyone that Maxi was declared cancer free after the success of the surgery.

“We could not thank the wonderful surgeons and nurses at RCH in Melbourne enough, for saving our sons life!

“Since the surgery Maxi has recovered and is now 15 months cancer free!!

“Maxi is wearing a prosthetic leg and walking with and without it. Maxi never struggles to do things for long, he is always finding his own way of achieving things. Maxi is surrounded by so much love and support and is also attending hydrotherapy and launch into learning once a week. 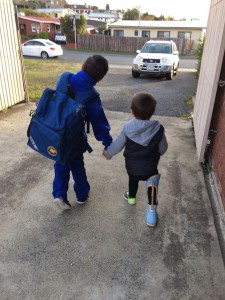 “Due to the toxic chemo and his surgery, Maxi is having ongoing appointments such as, Physio and hydrotherapy for his leg. Hearing tests due to having high frequency hearing loss caused by the chemo.

“Max is in line to receive speech therapy this is due to spending so much time in hospital too sick to talk. Also waiting to see someone about eating as Maxi was left super fussy after all the chemo. Prosthetics apps for fittings and adjustments of his prosthetic. 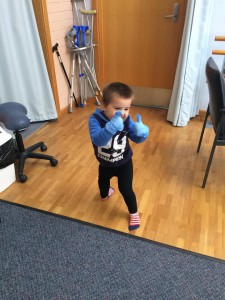 “Max is also still having 3 monthly scans to make sure the terrible cancer has not returned.

But most importantly Maxi is happy, healthy and moving forward in his life.

“It’s been a massive couple of years for us, but things are slowly getting back on track. We also want to thank everyone again for all the love and support on MaxisJourney.”

We want to thank Julie and her family for sharing their story with us and wish little Max all the best for the future.

Last year we shared a heartbreaking story from a dad who posted a photo of his daughter to make people aware of the darkness that is childhood cancer. Read that article here. 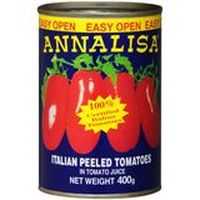 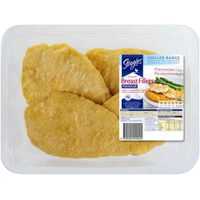 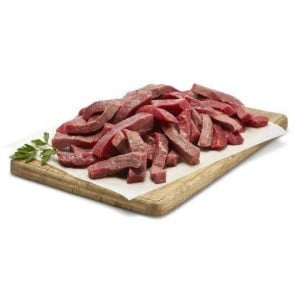