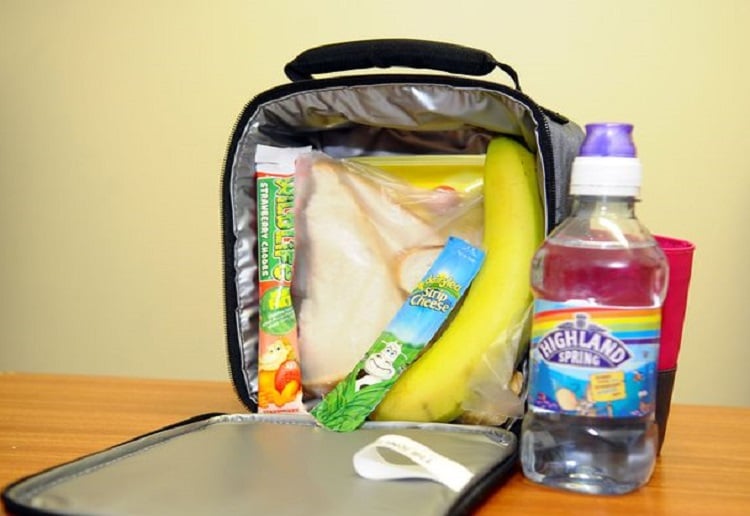 Many schools across the country have adopted a traffic light system which categorises food as red, amber and green based on its nutritional value.

Green foods such as meat and vegetables are permitted all the time, while amber foods like sausage rolls and biscuits are allowed occasionally. However, red items such as potato chips and cereal bars are banned completely.

A mother-of-four is considering launching a petition against the practice at her children’s school.

If snacks high in fat or sugar are found in lunch boxes during the daily searches, they are bagged up and handed back to parents,.

“Kids as young as eight are being given the responsibility to “advise” and tell on their friends if they have inappropriate items in their lunch.

“If an item is removed it is bagged up with the child’s name and given to parents at the end of the day,” the mother said.

“The school says lunches have improved, they have, but at the expense of parents and children who are scared stiff of taking the wrong thing.”

The mother, who works full-time, said she often had to dash out to the shops late at night if she finds she has run out of green or amber food items.

“We have adopted a packed lunch policy, like many other schools, with a view to ensuring our pupils have a healthy, balanced and nutritious lunch.”

Parents are outraged that teachers dare touch a child’s lunch and question why they aren’t more concerned about the children who are often sent to school with no food!

– “Absolutely not!!! No one has any right to go through another child’s lunch box let alone take their food from them… ”

– “Perhaps focus on helping the children who are sent to school with empty tummies and no lunches at all.”

– “This is an absolute joke, its hard enough finding foods that kids can take to school that they will actually eat let alone having someone go through their lunch box and take it away its just wrong.”

– “Seriously, as a teacher, I am more concerned about kids not having any lunch or snack packed in their bags!”

– “No, teachers jobs are to educate children. My job is to feed my children. Ill leave you to your job and you leave me to mine.”

– “As a teacher, I’m more concerned when kids don’t have ANY lunch. As the parent of a fussy eater, I think the parents know best what their kids will and won’t eat.”

We recently shared how a popular blogger slammed her son’s primary school teacher after learning he was told he couldn’t have his ‘unhealthy’ chocolate milk during recess. Read her story here.

In another incident we shared how parents were confused after one mum was told sultanas were not an acceptable lunch box snack – read that here.

And then we shared that a Melbourne mum was told her daughter’s greek yoghurt and vegemite biscuit snacks were deemed unhealthy according to her kindergarten’s policy. Read that here.

In the past parents have expressed concern that constant policing of children’s food will encourage an unhealthy relationship with eating at a young age. Other parents say schools are setting unreasonable expectations, and what matters is that children are getting fed – not what’s on the menu.

Of course there are some food items that should never be in a children’s lunchbox – as this mum discovered!

We do know that more than 30,000 Australian children are severely obese, according to a national study into childhood health.

The Right Bite and healthy eating policy classifies food and drink into three categories according to their nutritional or ‘healthy eating’ value.

Green foods
Green category foods and drinks are the healthiest choices. Schools and preschools are encouraged to provide as many choices as possible from this category.

Amber foods
Amber category foods and drinks are more processed with some added salt, sugar or fat. Schools and preschools are encouraged to select carefully from this category.

Red foods
Red category foods and drinks are highly processed, energy dense and nutrient poor. These are banned from sale in government school canteens and vending machines at all times.

Do schools really have the right to police kids’ food? Share your comments below