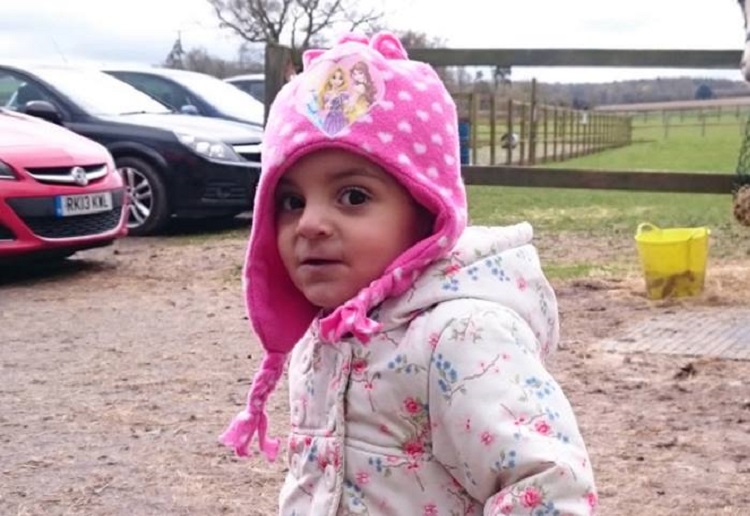 Father heartbroken after death of his toddler, “Apparently I didn’t do enough.”

A father has been left heartbroken after an inquest into the death of his two-year-old daughter found a corroded battery was cause of death.

Francesca Asan found and swallowed the button sized battery, intended for a pair of 3D television glasses despite her father’s best efforts to hide them.

Coroner Andrew Bradley told the inquest that he suspected a leak of the battery led to Francesca’s death, reports 7 news.

“There was a small amount of blood clot on the tongue and the pharynx and there was a hemorrhage at the back of the esophagus.

“There was a corroded round 3v battery two centimetres in diameter present in the esophagus.”

The toddler allegedly started to vomit and point at her mouth before her father George Asan rushed her to the dentist under the impression she had teething problems.

After trips to the doctor and the dentist, the young girls condition deteriorated quickly and she became “floppy” in her fathers arms.

“We just put it down to her having food poisoning or a bug,” the former soldier said.

“We decided to take her to the GP. She woke up in pain and went to nursery on the Wednesday and was not herself. Staff at the nursery said she was looking for comforting and cuddles.

“After the GP I called the dentist. She fell asleep while we were at the dentist and she woke up in pain and I said ‘no more joking around’.

“She was talking normally to us. The dentist suggested it was a teething problem and at that moment I relaxed a little bit.

“I left the dentist with peace of mind and she went floppy. I ran home with her and we changed her nappy because it was black. I called a taxi and went straight to the hospital.

“When they put the tube down her throat all the blood came out. Apparently I didn’t do enough.”

Suggestions that the British child had been neglected were quickly put to rest by the coroner.

“Francesca was clean, well cared for and adequately nourished. There are no features to suggest neglect or physical abuse.”

“There is not an injury to the mouth to suggest this was anything other than accidental ingestion.”

Earlier this year CHOICE  joined forces with The Parenthood and Kidsafe Queensland to call on the Federal Government to introduce stricter safety standards for all products containing button batteries.