Article ‘My Pregnant Co-Worker Is Naming Her Baby After Poo’ 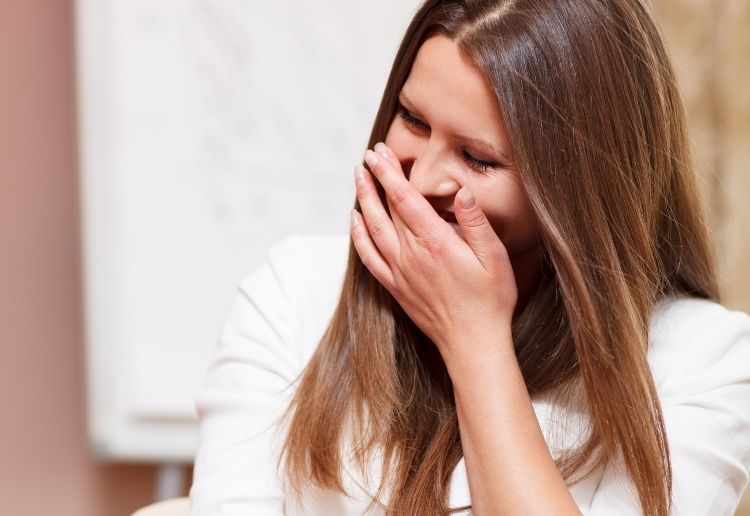 A mum-to-be has revealed her pregnant colleague is naming her baby after a newborn’s first poo – and she’s not sure whether to tell her.

Both co-workers are in their final trimester, but their approaches to pregnancy, birth and parenting are at different ends of the spectrum.

“I am 37 weeks pregnant, a girl I work with is 36 weeks pregnant. We work from home but she messages me a lot on Slack to ‘commiserate’. I’ll admit though there isn’t a lot of camaraderie,” she explained on reddit. “We have very different birth plans and child rearing plans, which is fine on its own but she mocks pretty much every choice of mine that doesn’t match up with hers. I’m doing a birth centre so I’m a stupid doctor hater? (My lovely mother is a surgeon). I’m reading lots of books about birth and child rearing so I’m a helicopter parent, I want to breastfeed so I’m a crunchy hippy mum etc.”

The pregnant woman explains that while she is gathering every bit of information possible on labour, birth, what to expect, interventions and complications, her co-worker doesn’t want to know anything about the process.

“She just wants to trust God and the doctors about it all and not worry. Again fair enough, but she has snapped at me for replying to her asking about how an appointment was with, ‘It was good I had a consult with anaesthesia to learn about epidurals,’ and has repeatedly told me she wants to know NOTHING.

“I’ll admit it makes me feel like I’m walking a bit on eggshells when she does message as even something like me saying I was off because I had an appointment with a chiropractor because my pelvis was a bit sore made her go off on me.”

‘She wants to name him after baby poo’

The whole situation has made the mum-to-be cautious when sharing advice or information with her colleague. And now she finds herself in a sticky situation.

“Unfortunately she messaged me Friday saying she picked a name out for her baby. She wants to name him (no I’m not kidding) Mackoneum (Meconium). She said she heard a doctor say it about her baby’s first moments (it’s the first poo) and she liked the sound of it. I told her she should Google it, ‘to see if it had any cool meanings’. She said she wasn’t going to and she hated Google and Googling names ruins them because there’s always someone who doesn’t like it.”

While there’s no love lost between the colleagues, the concerned mum is hoping that someone lets her co-worker know the meaning behind her intended baby name.

“I really hope there is someone in her life who will let her know but I know she is very sheltered, I don’t feel it’s my place to because I feel telling her that’s the medical term for babies first poo will probably be breeching the boundary she’s set of never wanting to hear anything and it is something that can cause complications etc., so getting her to look it up would be going against her wishes to not know anything bad that could happen, which I don’t want to do.

“I also feel knowing she’s planning on naming her baby after poop maybe warrants an intervention? Would I be the asshole if I told her? Should I just mind my business I feel like maybe if we were better friends it would be okay but as stated our relationship is not very friendly.”

The mum-to-be added that while similar stories to this have previously done the rounds, this is no ‘urban legend’, and her co-worker truly does intend to name her baby after baby’s first poo.

So what would you do in her situation? Tell your co-worker, or leave it be? Let us know in the comments below.

Be sure to pop over to our baby name articles for baby name inspo (and no, none of these names mean poop!):