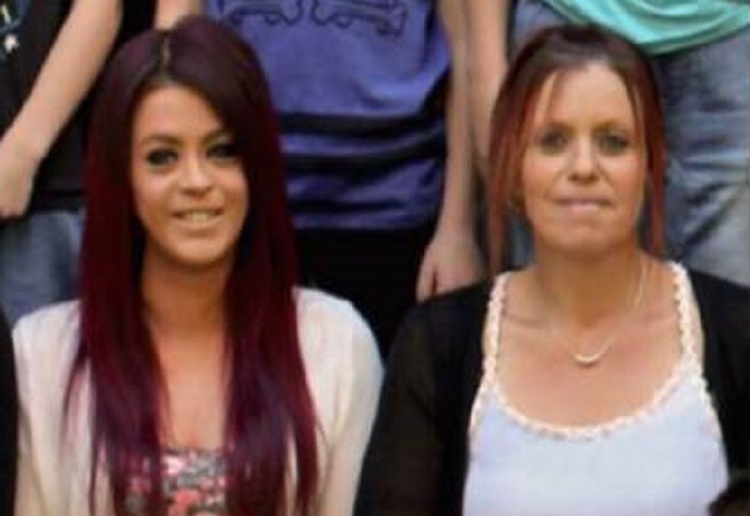 Katrina hopes to one day give birth to her own granddaughter.

Kirstie Coffey, 22, was born with no uterus or womb and was told she would never fall pregnant when she was 16 – despite producing her own eggs, reports Daily Mail.

But the Melbourne woman hopes to start a family with her mother, Katrina, after the 41-year-old offered to carry her own grandchild.

Ms Coffey said she was ‘devastated’ when she found out about her condition.

‘I grew up in a big family with lots of kids, and kids are something I’ve always wanted,’ she said.

But her mother promised to make the ultimate sacrifice.

‘When we found out I could have my own children, just not carry them, my mum said she would.

‘She [Katrina] said she’d carry my baby for me when I met the right person and it made things so much better.’

Ms Coffey has since met the right man, Brad O’Toole.

‘He was shocked when I first told him of my diagnoses, but he and my mum are really close and he’s happy about what she’s doing for us.

‘We feel really blessed that we’re still able to have our own genetic children. Pregnancy is just one part of it all.’

But that hasn’t made Ms Coffey’s journey to motherhood easy.

The couple and Katrina are still in the early stages of surrogacy, a process that involves counselling sessions, mental health tests, doctor visits, and meetings with lawyers.

‘It’s just to make sure we’re all on the same page. Everyone has to go to counselling separately. It’s mandatory, by law in Australia,’ the 22-year-old said.

‘The counselling alone is $225 per session and we have to go four times each.’

Ms Coffey, who’s studying to become a nurse, estimated the total costs will blow up to about $35,000.

They hope to be pregnant by early next year.

The couple are living with Katrina while they’re tight on money but hope to eventually buy a place of their own.

‘They think there are too many boys in the house now,’ she said.

Her condition, Mayer-Rokitansky-Kutser-Hauser, effects about one in 4,500 births.

We recently shared Cash-Douglas’ story, one of the first children in the world to be born after a successful womb transplant.