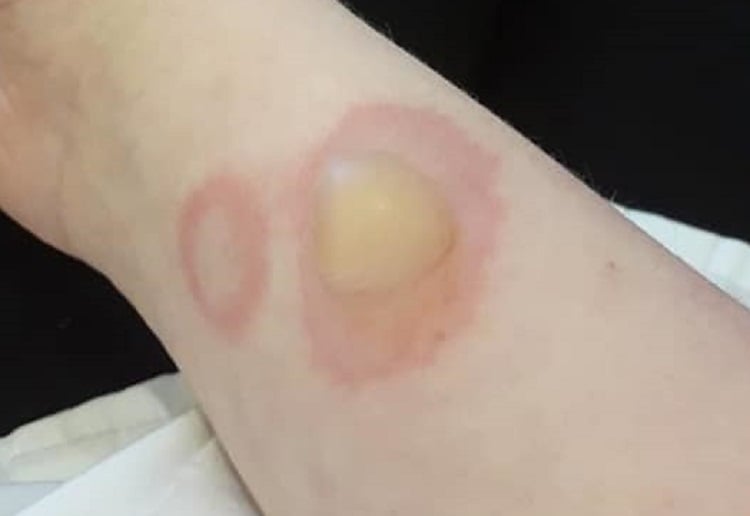 Parents need to be aware of the latest crazy dare that kids are participating in, resulting in second degree burns.

Ellie Prescott, a year 10 student in the UK, suffered second-degree burns when she participated in “the deodorant challenge”.

In the bizarre craze, teens spray aerosol close to their skin and aim to last longer than their peers.

Her mother, Jamie Prescott, posted pictures of the burn and a warning to parents on social media.

“For any parents who have children, please, please sit them down and show them these pictures,” she wrote.

“These are the damaging results of something known as ‘the deodorant challenge’ which is currently doing the rounds in Yate and literally involves spraying deodorant onto someone else for as long as possible.

“It’s that simple and results in severe secondary burns.”

Jamie’s warning has had over 3000 shares.

Earlier this year we shared the bizarre challenge sweeping the internet, which sees teenagers posting videos online of them eating laundry pods. Not joking! Read more on that HERE.

The latest dangerous trend among teens is causing major concerns among the medical community.

The “condom snorting challenge” is exactly what it sounds like: Teens are taking to the internet to post videos of themselves snorting a condom up one nostril and inhaling until it — hopefully — re-emerges into the mouth.

The potentially life-threatening practice dates back a few years but has resurfaced in recent days, shares CBS news.

Unsurprisingly, doctors and school officials are speaking out against the dangerous party trick and urging teens not to partake.

The biggest health risk the challenge poses, experts say, is that it’s a choking hazard. 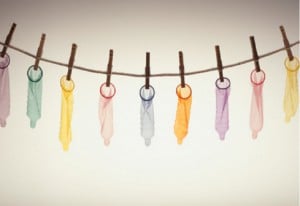 Parents were warned about a Facebook ‘game’ which encourages teenagers to go missing for 48 hours.

Children as young as 14 have been reported missing, they are believed to have taken part in the 48-Hour Challenge.

The missing teenagers get a higher “score” the more they get mentioned, reported The Mirror.

So when frantic parents desperately searching for their children ask Facebook followers for help it only adds to the “game”.

The dare involved teenagers challenging each other to disappear without a word to their families for 12, 24 or 72 hours.

There are some terrifying dares around that kids participate in including, the “hot water challenge“, “cinnamon challenge”,  “salt and ice challenge,” “duct tape challenge,” the “Blue Whale game” “deodorant challenge” and the “choking game”. 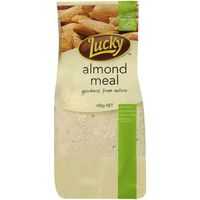